I did my second orienteering competition, Swedish League in this trip on day 4 of my trip, 3rd May. It was a sprint competition with world ranking status. It was the highest level competition in Sweden. 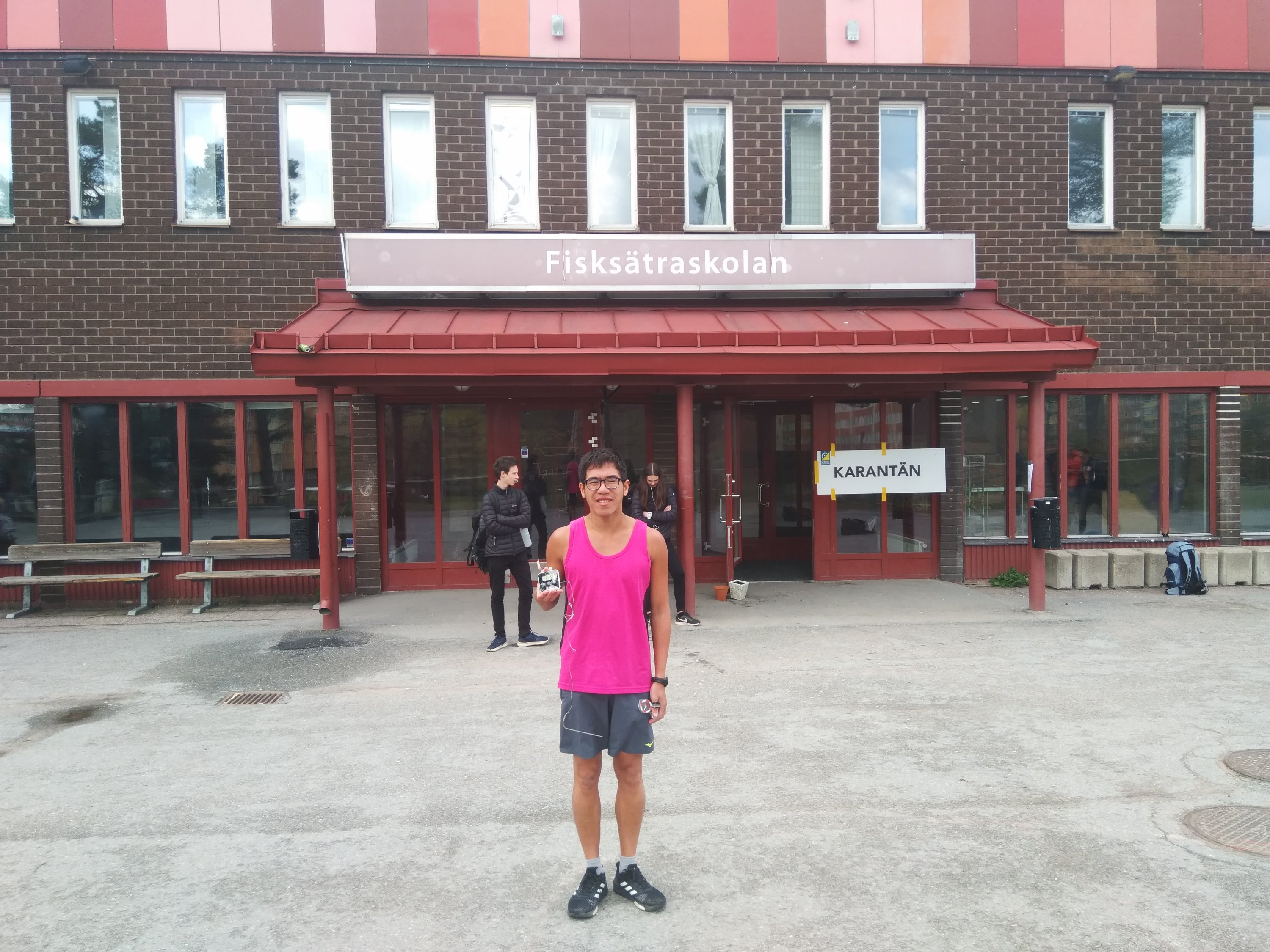 The competition was held in Fisksätra with a typical suburban setting, running between low density residences. 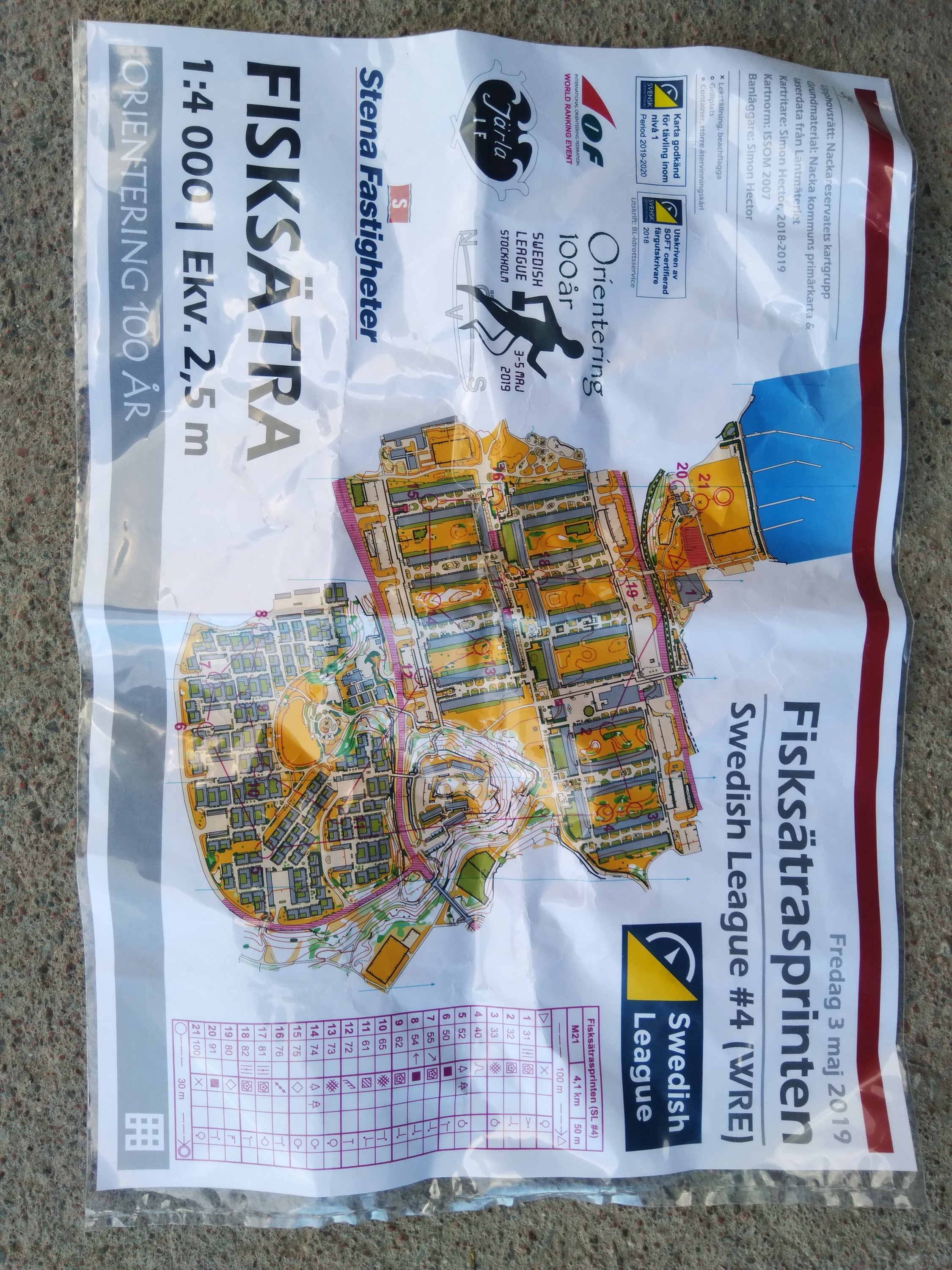 My friend Raphael, living in Gothenburg, was there as well.

However, even I was a so called elite in sprint orienteering in Hong Kong, I got another last place in the competition. I needed about 27 minutes to complete the course whole most of the competitors finished in around 16 to 17 minutes.

After the race, I immediately went to the airport to take an aeroplane back to Helsinki, as my coming competition would be in Porvoo.