My trip started on 2019-07-10, leaving Hong Kong by taking flights SU 213 to Moscow Sheremetyevo and transferring to SU 2382 to Geneva. I tried to pack to a carry-on only but failed to do that, because I wanted to bring my laptop in the trip and it contributed a lot to the weight, so I ended up having a 45 L backpack as checked luggage, taking the risk of baggage misconnect. (Aeroflot is notorious of baggage misconnect especially in tight connections, which my trip fits the description by taking Aeroflot with 75-minute connection)

Due to runway congestion, the flight SU 213 from Hong Kong was delayed by 25 minutes, leaving my connection time only 50 minutes, the MCT (minimum connecting time) of an international connection inside Sheremetyevo terminal F. I made it to the next flight in time but my baggage didn’t. I reported to the handling company and he said he would bring by baggage to where I was staying.

As a frequent traveller, I had already put all my essentials into my carry-on, leaving only clothes and orienteering equipment (which I wouldn’t be using until late in my trip) in the checked baggage. After landing in Geneva, I took a train to the city centre where I booked the accommodation. 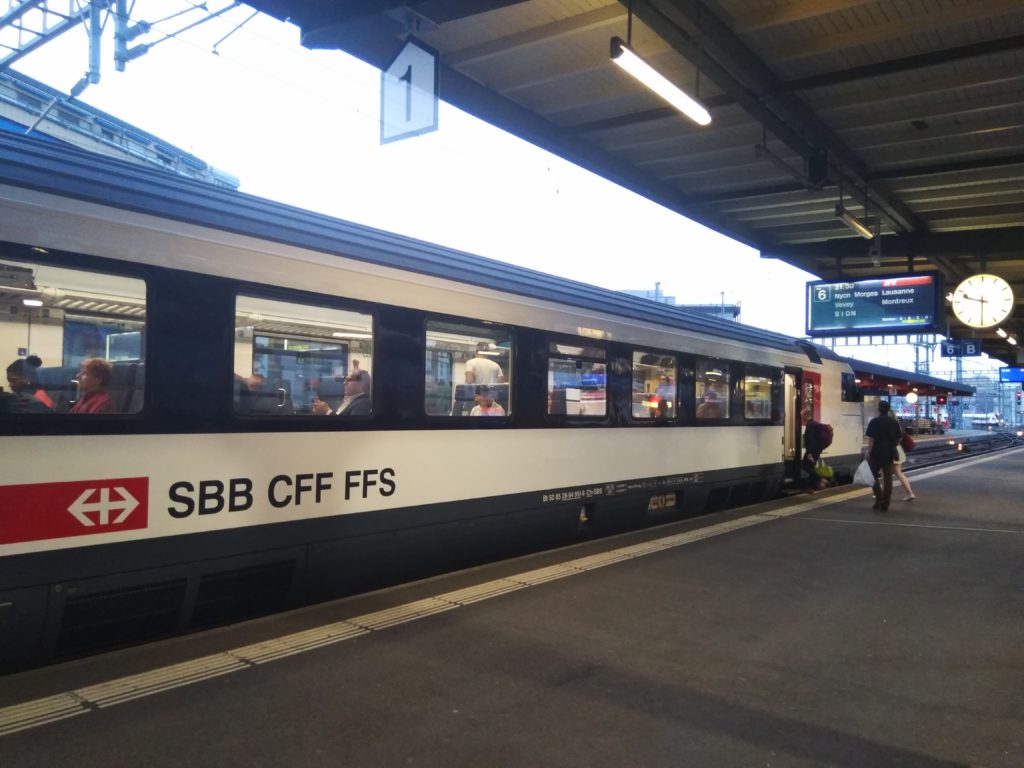 I then bought food in the supermarket at the train station enough for 2 days. However, when I arrived the accommodation which I booked on Hostelworld, it was a 3* hotel without cooking facilities rather than a hostel which I didn’t realise before! As I planned to cook my breakfasts and dinners myself for 2 days and had already bought food, I couldn’t use the hotel and had to abandon the booking and the deposit. This was the dumbest travel mistake I had made – booking the wrong type of accommodation. The only “hostel” in the city was already fully booked by then for the arriving night, so I ended up booking an apartment for that night, and the hostel the next night. This change also meant that the address I left for baggage handling was no longer correct, so I emailed the company and told them to leave the baggage at the airport such that I could retrieve it manually, which was only a short ride from the city.

I finally settled in the apartment I booked by about 23:00, with my carry-on baggage only. That apartment was the cheapest accommodation available with a kitchen on booking.com in the whole city of Geneva, with 2 bedrooms and enough for 4 people.