The sprint WRE race was held in the Old Summer Palace (圆明园). The terrain was mainly open, but there were impassable bodies of water separating various areas requiring the use of bridges between. 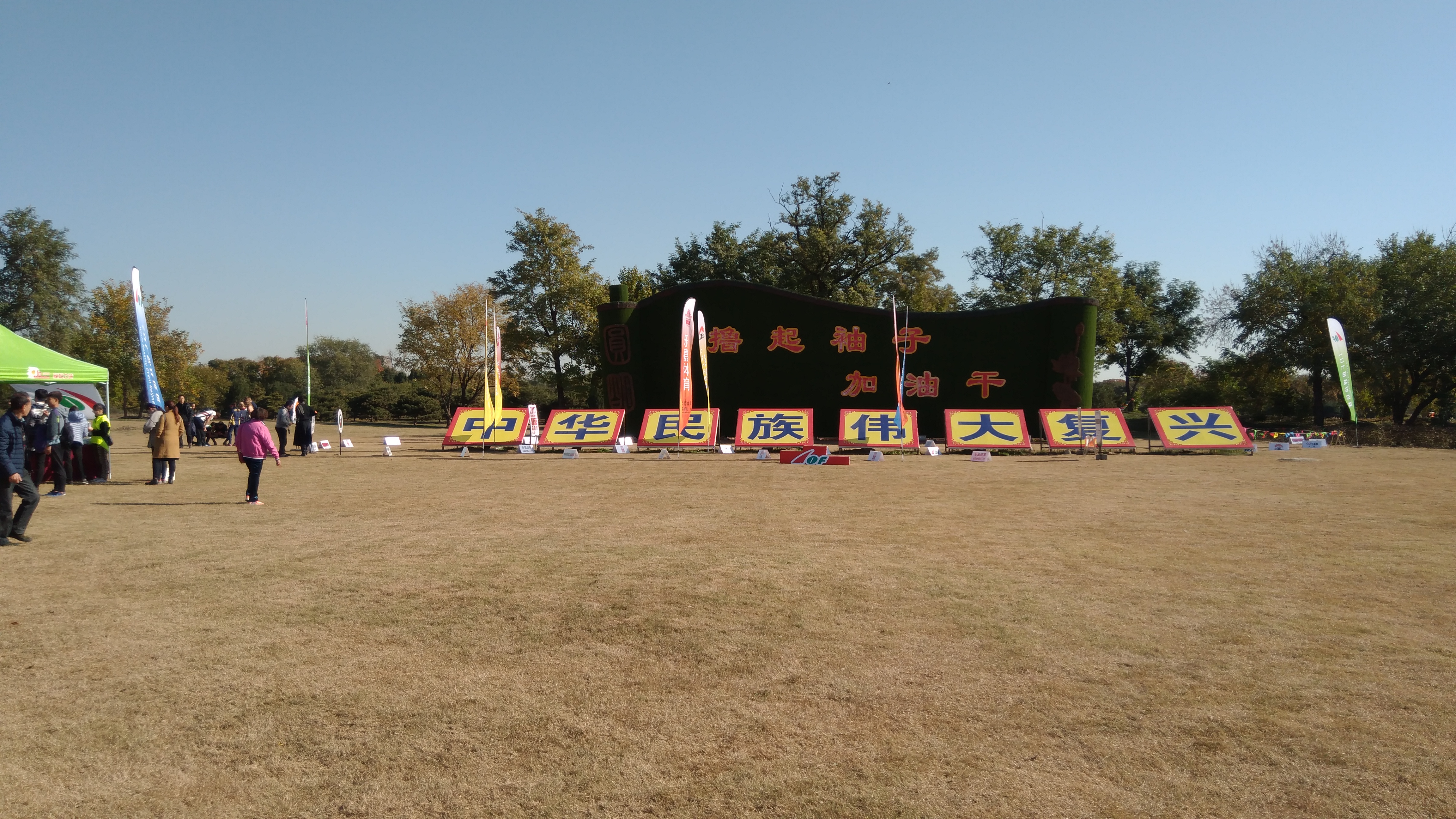 At the beginning of the race, I couldn’t match the map and the terrain quickly and wasted a lot of time, and there were some little hills in the middle of the course where I couldn’t get on quickly and need time to recognise the shape. Also, the red line from 13 to 14 covered the path symbol on the map which confused me when I was a path there.

I completed the race in 30 minutes and 30 seconds, still over double the winning time 14 minutes and 54 seconds, and couldn’t get more than 10 WRE score in this race.

However, in this race, 2 competitors missed a control and got disqualified.

After the race, the international elites visited the Summer Palace (颐和园), but we didn’t go there and visited the Beijing Zoo.

My friend Eric was leaving that night, and the next race would be held in Linqigu in Yongqing County, Langfang, Hebei. The teacher told me to stay in Yongqing and get on a coach carrying local students to the race. There were multiple modes of transport from Beijing to Yongqing. Direct coaches were available from Muxiyuan, but it was relatively expensive (CNY 20) with few departures per day. Alternatively, one might use any method to get to Langfang city first (including various kinds of trains from the most luxurious high-speed trains exclusively for the rich to the slowest green cars affordable by everyone) and transfer to a rural coach which departed every 20 minutes there, but the service ended at 18:00 so I couldn’t use that method.

In recent years, an inter-provincial bus route “Yongqing Express” was introduced. That route was Beijing bus route 828, from Yongdingmen via Gu’an to Yongqing, which travelled on motorway between Beijing and Gu’an. I took that bus to Yongqing and it took 2 hours from Beijing to Yongqing, and it was the cheapest costing only CNY 9.8 if paid by card. The bus was also very full, with all seats taken at the terminus already, with most passengers getting off in Gu’an.