The final race of Beijing O Week was held outside Beijing, in Linqigu, Yongqing, Langfang. I was told to stay in Yongqing town, and get on a bus for local students to the event.

However, the organiser bus was late and I didn’t arrive on time, which made me start last instead of first as originally arranged. 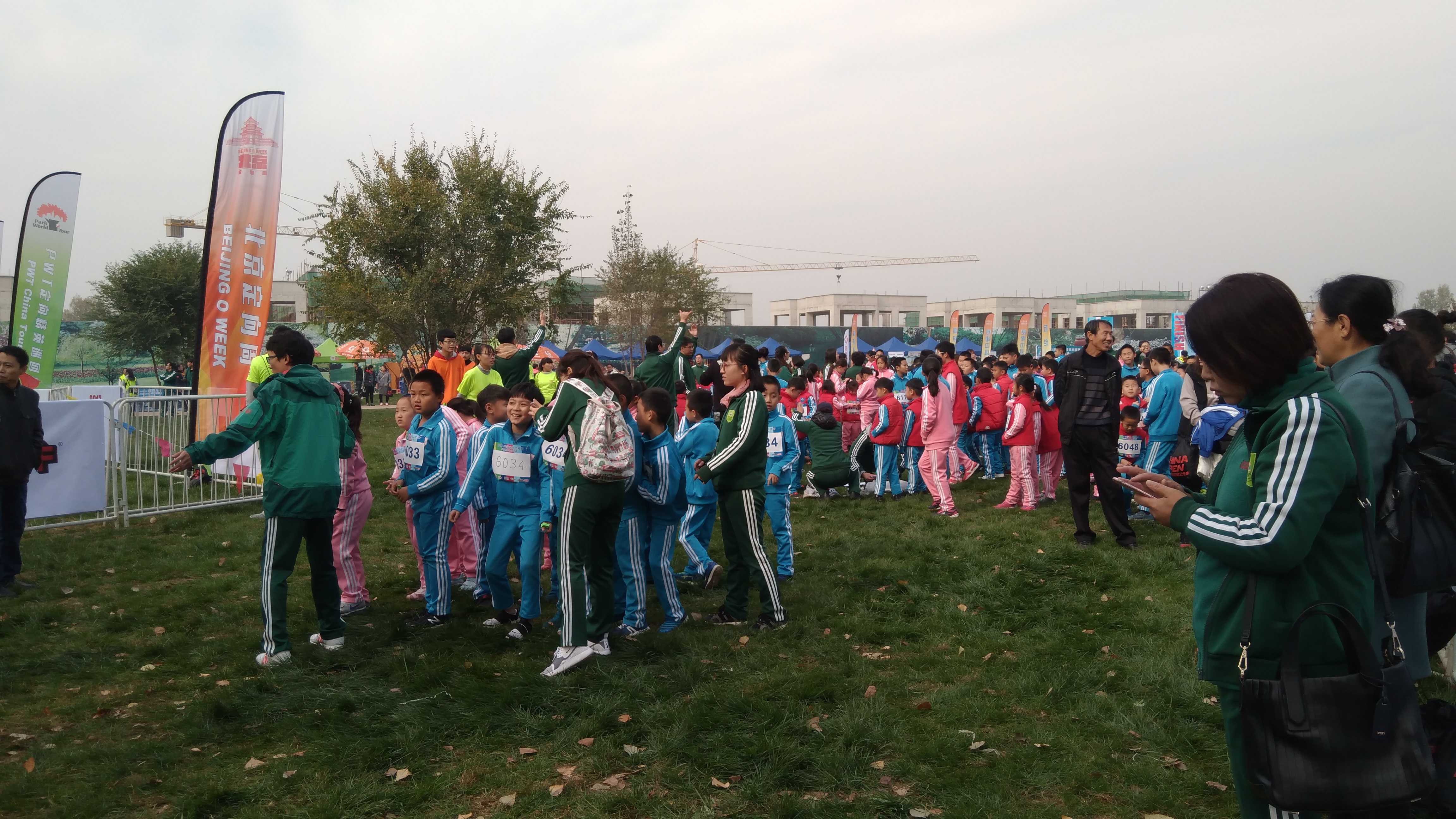 My performance in this race was the best among the 5, probably because there was no climb in the race (the terrain was completely flat).

The open classes came after our elite race, and there was a cultural exchange session afterwards. However, I had to go immediately after the race because I was taking a flight from Beijing that night, and it would take approximately 6 hours there back to Beijing Airport.

As the organiser bus was not ready to depart at that time, I walked 2 km back to the county road and caught a rural coach from Yongqing to Langfang, had lunch there and took a train back to Beijing. 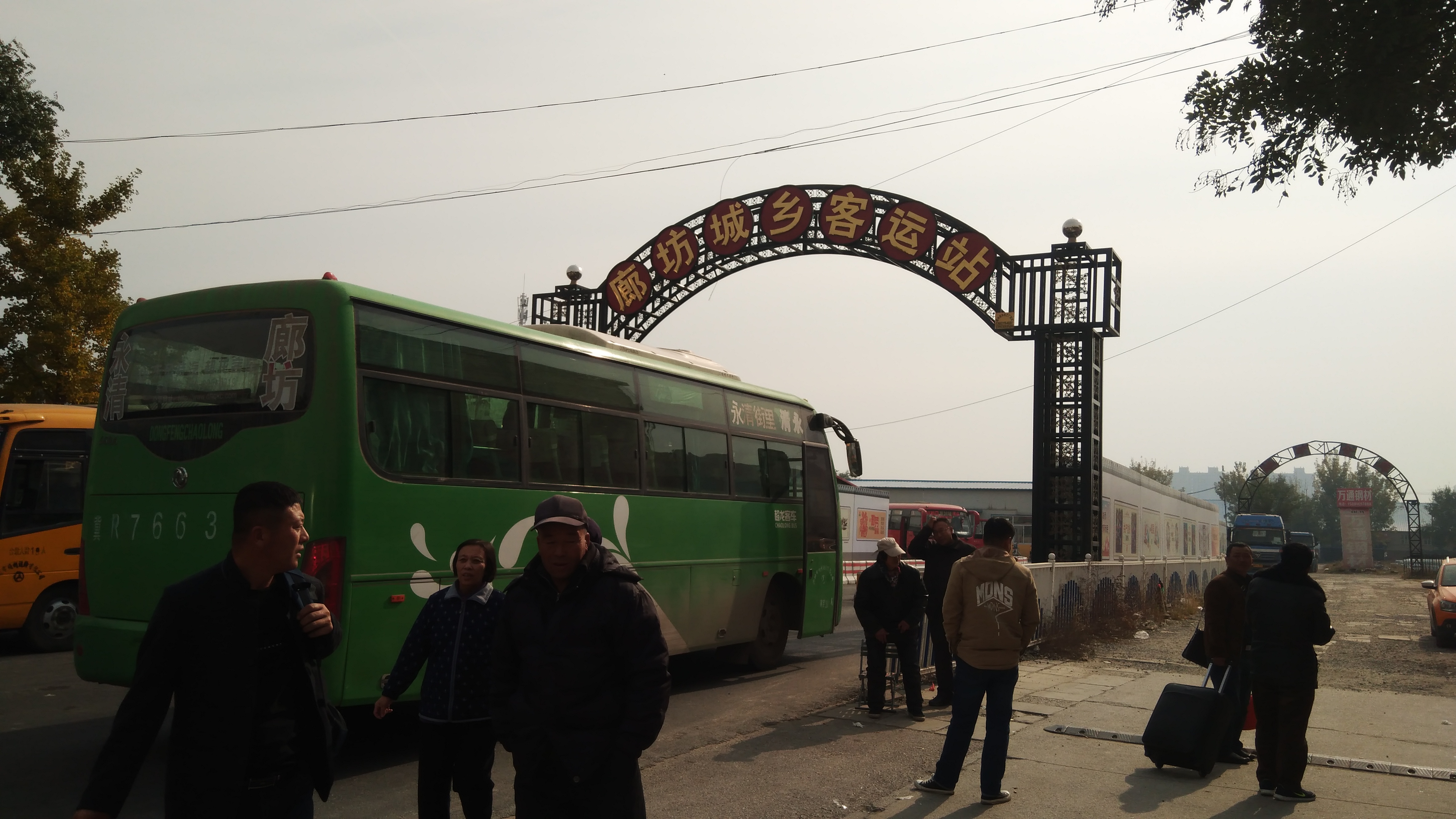 There were many kinds of trains from Langfang to Beijing, from the most luxurious high-speed G train to the slowest non-air-conditioned “green car”, but the slow train was not available at my time of travel, so I had to take an air-conditioned conventional train to Beijing. 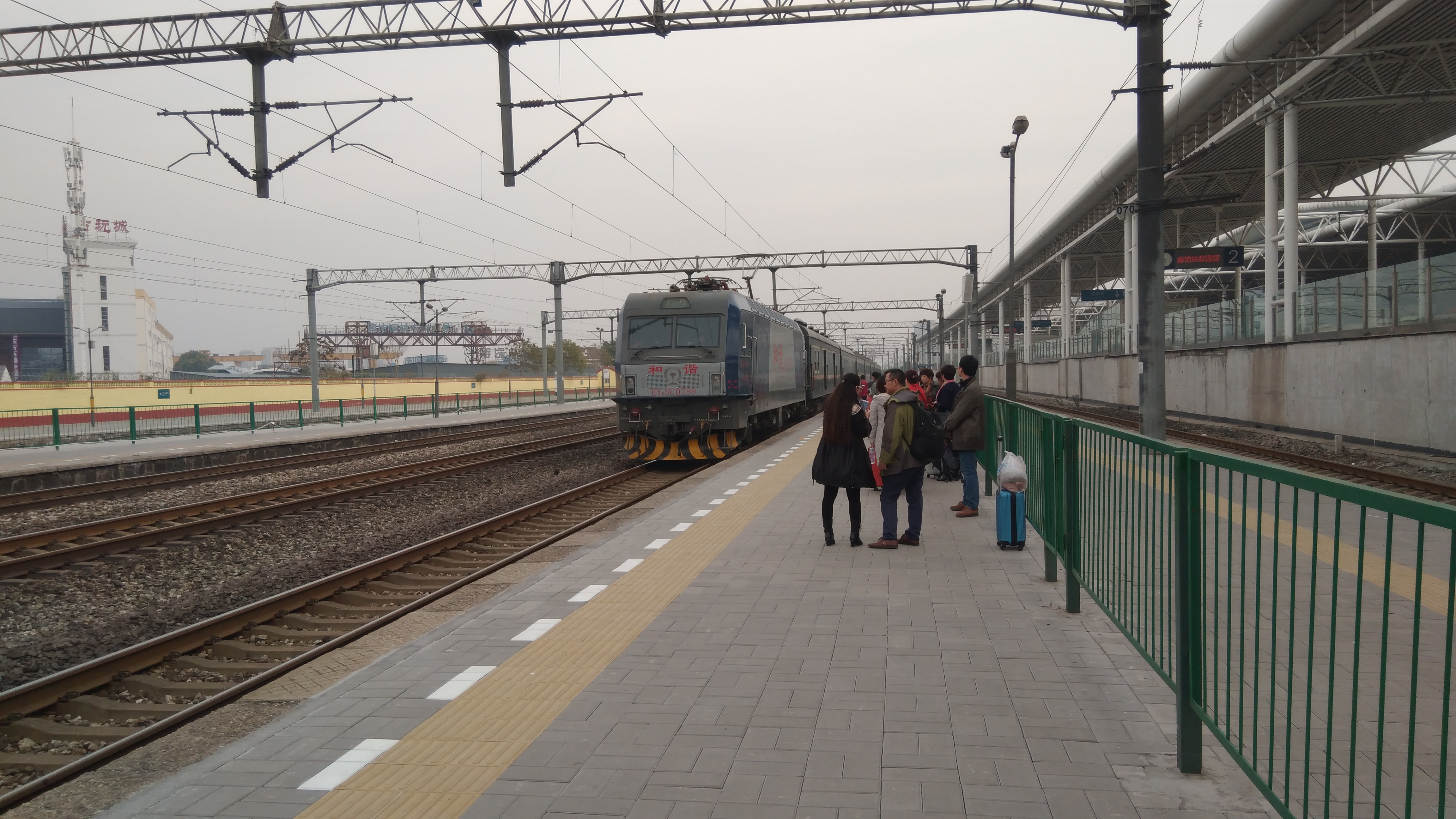 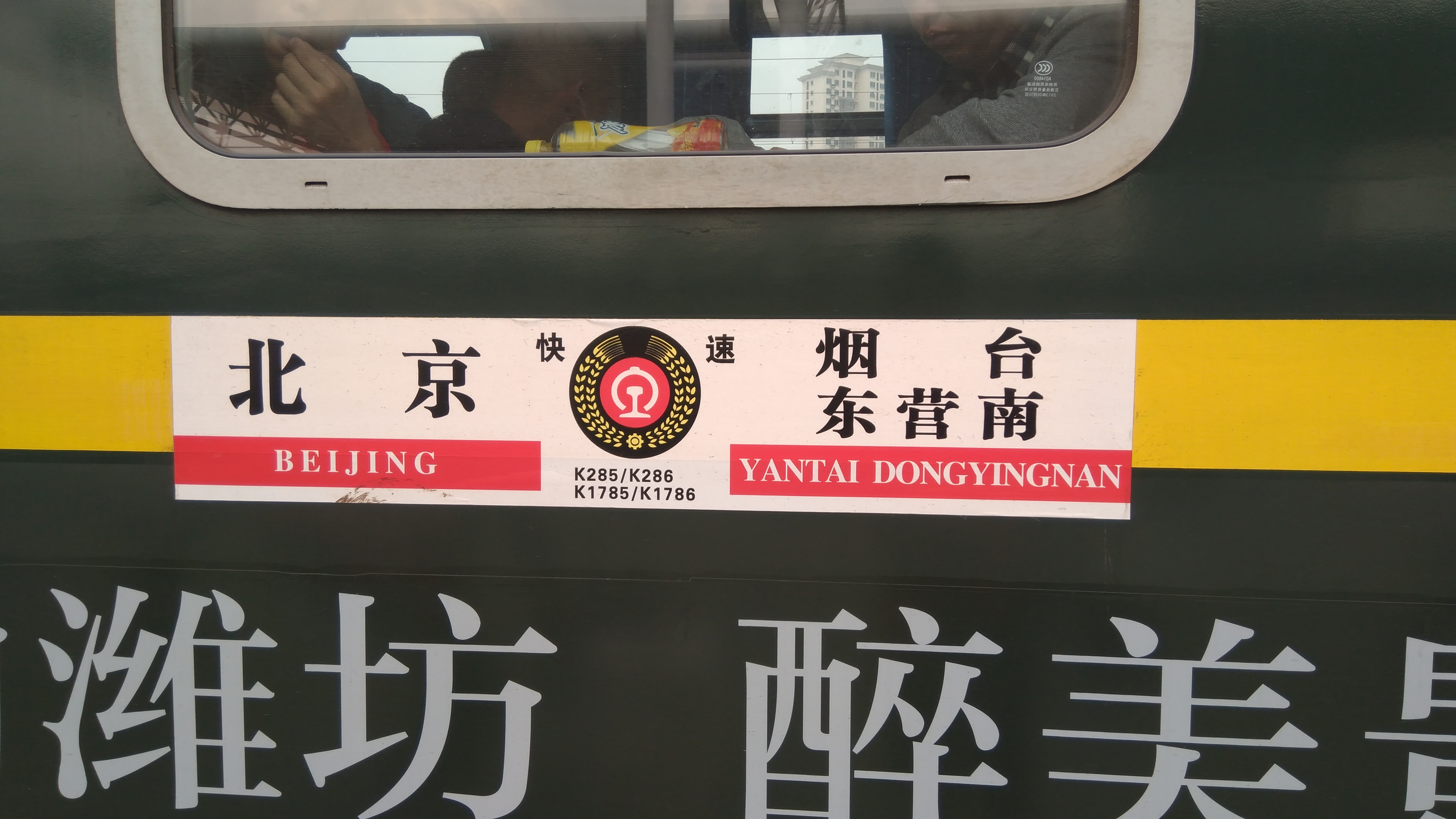 After arriving Beijing, I took the metro line 2 (ring line) to Dongzhimen, but I didn’t took the airport express because it was so damn expensive (CNY 25). Instead, I took a bus 850 Express, which travelled on the motorway to airport and cost only CNY 2 to the nearest stop from airport. 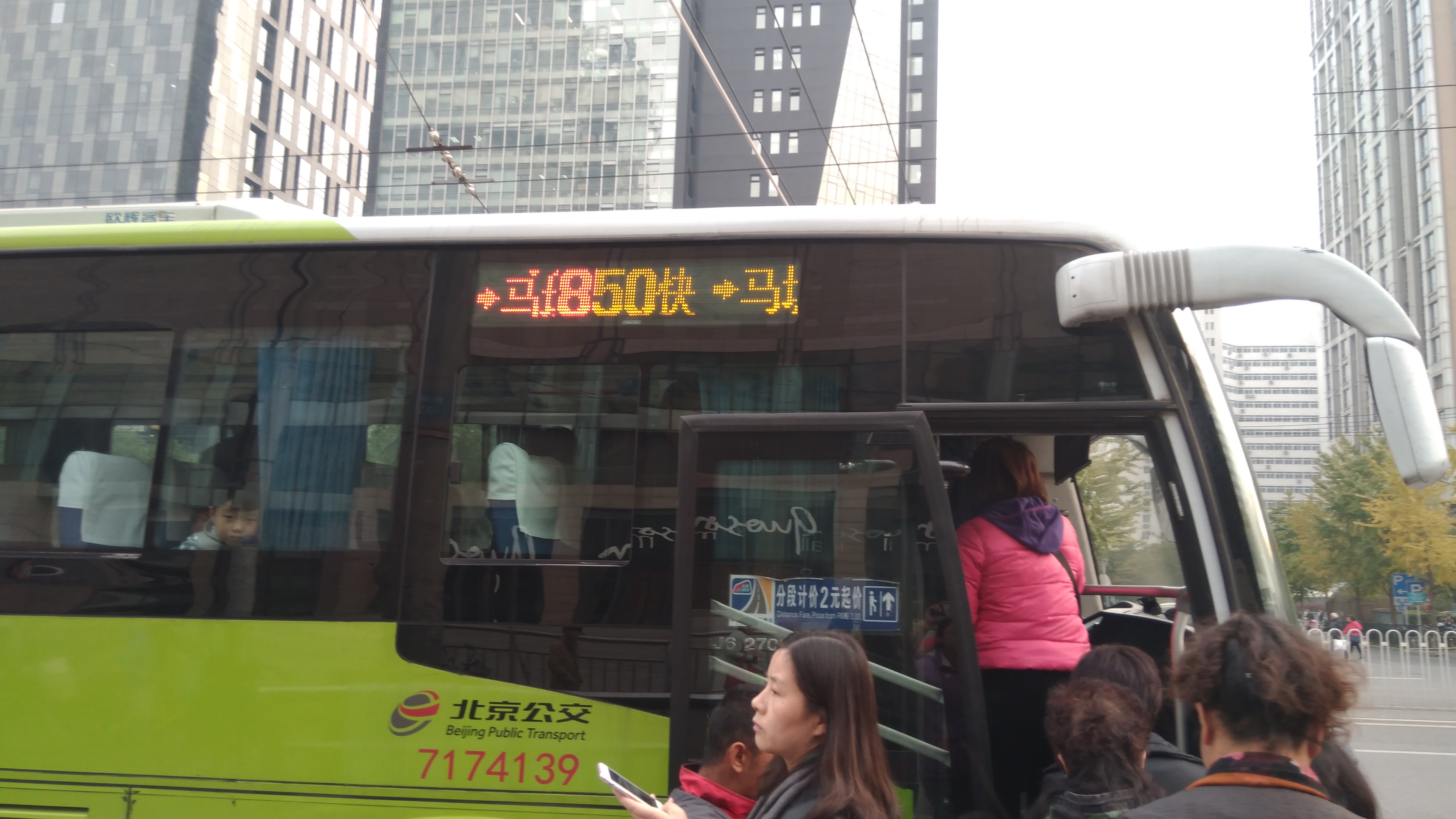 After reaching the airport, I returned my transport card and dumped my luggage in order to meet weight restriction. I took the flight KA975 (sold as CA6523) to Hong Kong, which was the last flight to Hong Kong on that day and ended my journey just after midnight.

The WRE score was published later, but I got only the base score in both sprint and middle race, because the international elites were so damn fast and I could in no way run near their speed.

For the middle race, it was my first WRE done in FootO middle/long because in previous years I couldn’t even finish the middle AOC race in Hong Kong before qualification was introduced to the race.

For the sprint race, my score decreased every WRE race in these years, and now I got only the base score in the WRE. Although there would be a WRE race in December in China also, I was not joining that race because that race was also a local ranking event, and I had to enter my local class (M21) to get local ranking score instead of WRE class.

For the whole trip, there were two places I missed. The first was Mutianyu Great Wall, which I found it out a day after leaving Huairou, and it was too far away to return there from the city. The second was not realising I could arrange the journey to stay at Langfang rather than Yongqing, in order to take the “green car” slow train from Beijing to Langfang.

The races themselves were great, especially the middle race was the highest-quality middle race I’d ever been to, but the logistics was crap. Notices were late, important information was missing from bulletins, start lists were wrong, and the time limit was not mentioned and entered wrongly, etc. When compared to the World Championships in Lithuania I’d been to this year, although the race information was OK, there were a lot of delays and many technical problems occurred, including missing units, flag misplacement, which would be disastrous if happened on a FootO race.

The trip was my first trip as a “sport tourist”, and I’m looking forward to more upcoming trips next year. The place that I want to visit most is Kinmen, because as a Chinese, I want to understand more about the Cold War in the past, where Kinmen was the frontier between the Free World and Communism World (Bamboo Curtain), but now the peace bridge between mainland and Taiwan, keeping China as a whole. I originally would like to go there in early 2018, but as the event calendar shows that there will be a sprint WRE in Kinmen in October by Chinese Taipei, I am going to postpone that trip to become another sports tourism trip. I hope I can get a higher score next year, more than the base score of 10.