As a man living in a subtropical region but afraid of heat, I always complain that how hot Hong Kong is. Even when the others are all putting their wetsuit on in 22°C water, I still feel it to be a bit warm to swim on skin.

Hong Kong is never cold, the normal winter temperature is about 16°C, but in the winter just passed, the lowest sea temperature was about 18°C. The coldest water I had swum in the past was 13°C, but I was not serious at that time and didn’t take any useful information out of it, so before the trip my “coldest” serious experience was 18°C. Therefore, I could say that I was completely not acclimated at all.

The normal course is to start at 15°C and go colder gradually, however this is not possible for me as my only chance to swim in cold water is when I’m travelling. Therefore I was trying out cold water swimming literally the first time in my life in this trip. 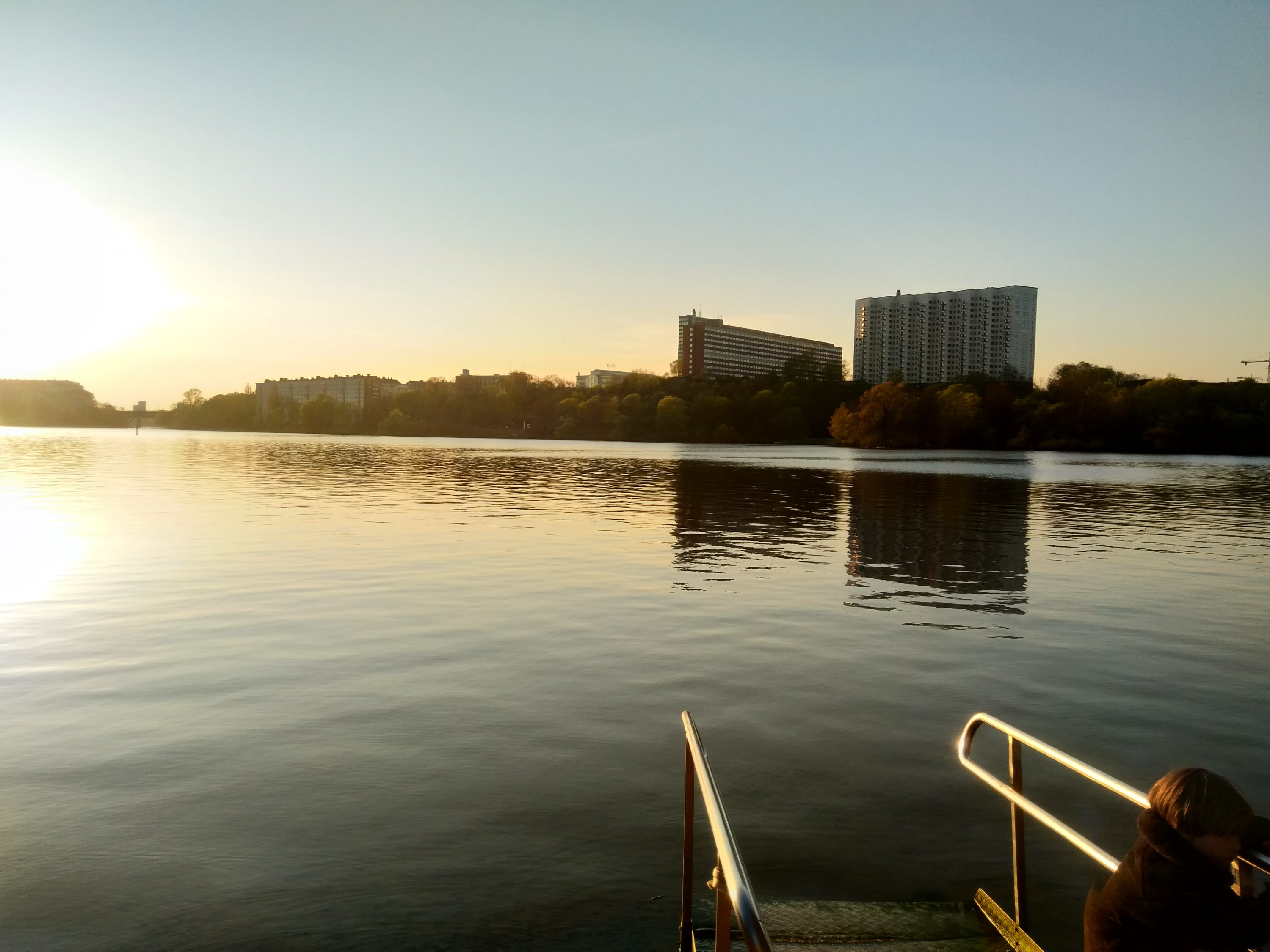 After checking in, I visited the beach and the weather and water were so tempting to swim in. I then packed my stuff carefully into my tow float such that I could retrieve them in the right order after the swim, changed into standard channel swimsuit, and measured the air and water temperatures. The air was 16°C and the water was 7°C so I considered it was good to go about 400 m directly to the beach on the opposite shore, which should take at most 10 minutes.

I swam vigorously at the beginning, getting over the cold shock, at the same time I got serious headache. By the time I got over the shock and got into rhythm I was already halfway into the swim, and I arrived the destination soon afterwards. The length was 365 m as measured by my Garmin watch and I swam for 8’7″. I then unpacked my tow float, wipe the water away and put on my clothes as planned, and got a little bit of shivering afterwards. I then ran for about 20 minutes before shivering stops. As I was nowhere near any deterioration in my swim, I believed that I might be able to swim a km in the same temperature so on the next morning, 30th April, I did a triple crossing on the same route. The air temperature was 11°C, colder than in the afternoon. As I did not swim perfectly in a straight line, my watch registered 1111 m in 28’5″. 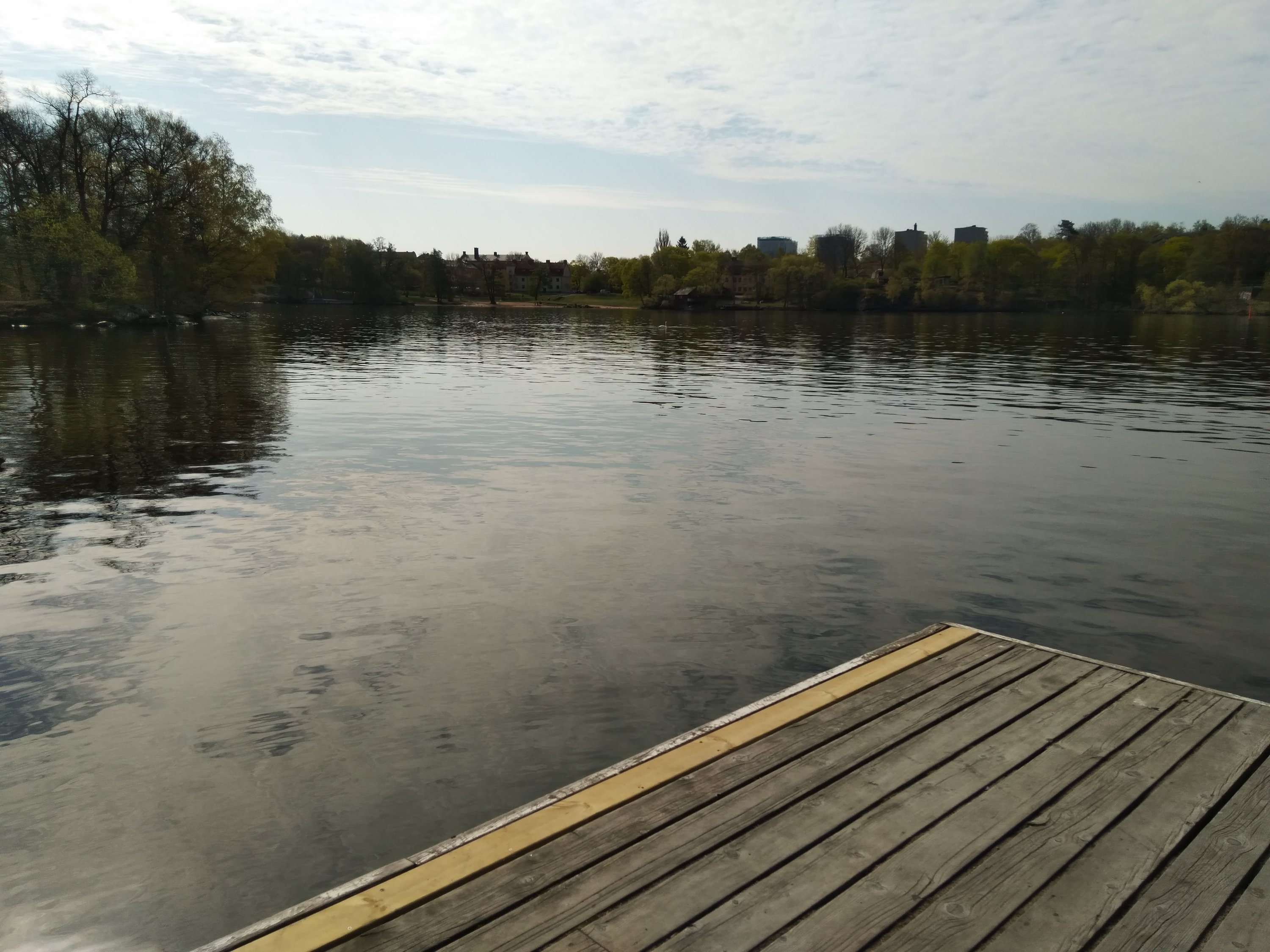 I got the same initial headache, and went over the same shock as in the first swim. I was aware of my stroke count all the way, and used my mind for math. During the swim there was no sign of deterioration but only after I got out the pain arrived. After I dried myself, put on my T-shirt and shorts, I was shivering uncontrollably and needed to run round and round around my half-packed stuff. Then I put on the jacket (I didn’t need the jacket after my first swim, maybe because the air temperature was warmer), and afterwards I wanted to put on the bottom part of my detachable trousers but it was so difficult for me to connect the zipper between the shirts and the lower part.

I only recovered completely after an hour, then removed the jacket and the bottom part of my detachable trousers, returning to T-shirt and short only and continued my usual tourist stuff.