On the day after mid-autumn festival, I did the race “The Polson 5”, which is a 5 km (4.7 km measured on Google) swimming race from Stanley Blake Pier to Repulse Bay. This is the first time that I did the race, also the first time for my idol Alex Fong (who is doing a Hong Kong Island circumnavigation in November) as well. 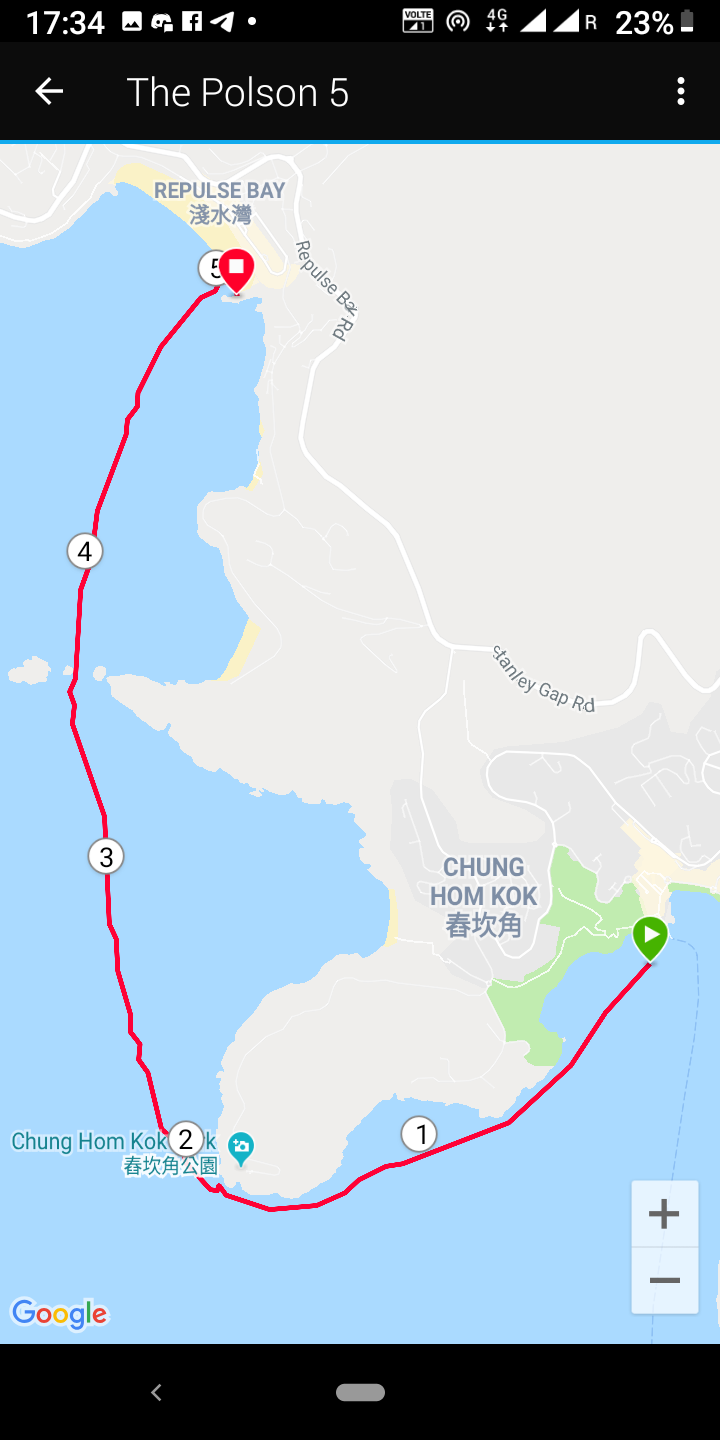 The official cut offs are the cape at Chung Hom Kok at 1.6 km, 1 hour cut off, and the gap at Tau Chau at 3.4 km, 2 hours cut off. If there is no current these times are not a problem, but the current was predicted to be 0.8 km/h against us between the 1st and 2nd cut off points.

Taking the current into the consideration, assuming my base speed was 2.5 km/h, I estimated that I would need 40 + 55 + 35 minutes, 130 minutes to complete the race (I would predict 110 minutes for the same distance without current). Also, as the weather was hot (air 31°C, water 30°C at 8 am, 1 hour before the start), I put a lot of water and energy drink into my tow float, which I don’t do otherwise for the same distance, and planned to consume water at the cape, and energy drink at the gap.

The race started at 09:00, I went easy for the first part till the cape because I knew I would have to sprint through the current afterwards, and I reached the cape on time. After I drank my water, I started to increase my speed. However, it seemed that the building near me didn’t move for a long time, so I continued to go harder until the maximum I could give out, and the building started to move. I had to keep that maximum effort for 55 minutes predicted which was my race effort for 1.5 km (30 minutes), and it was really really brutal. The current was so strong that even after 55 minutes I still hadn’t reached the gap, and I had to keep my race effort for another 15 minutes until I struggled to the gap. By the end of that leg I was feeling that I was nearly finished that I could hardly sustain anymore.

I drank my energy drink at the gap, and continued to the finish at an easy pace because the current was not as strong as before, and I couldn’t really go hard at that time already. This segment took me 35 minutes as expected, i.e. 2 hours and 25 minutes in total. However, when I landed the beach, the timing official was gone!!! I doubt if I was effective cut off at the finish even though there was no official cut off time at the finish point, and I really got a bad mood if that was true, and the organiser finally told me that he would update the result manually. 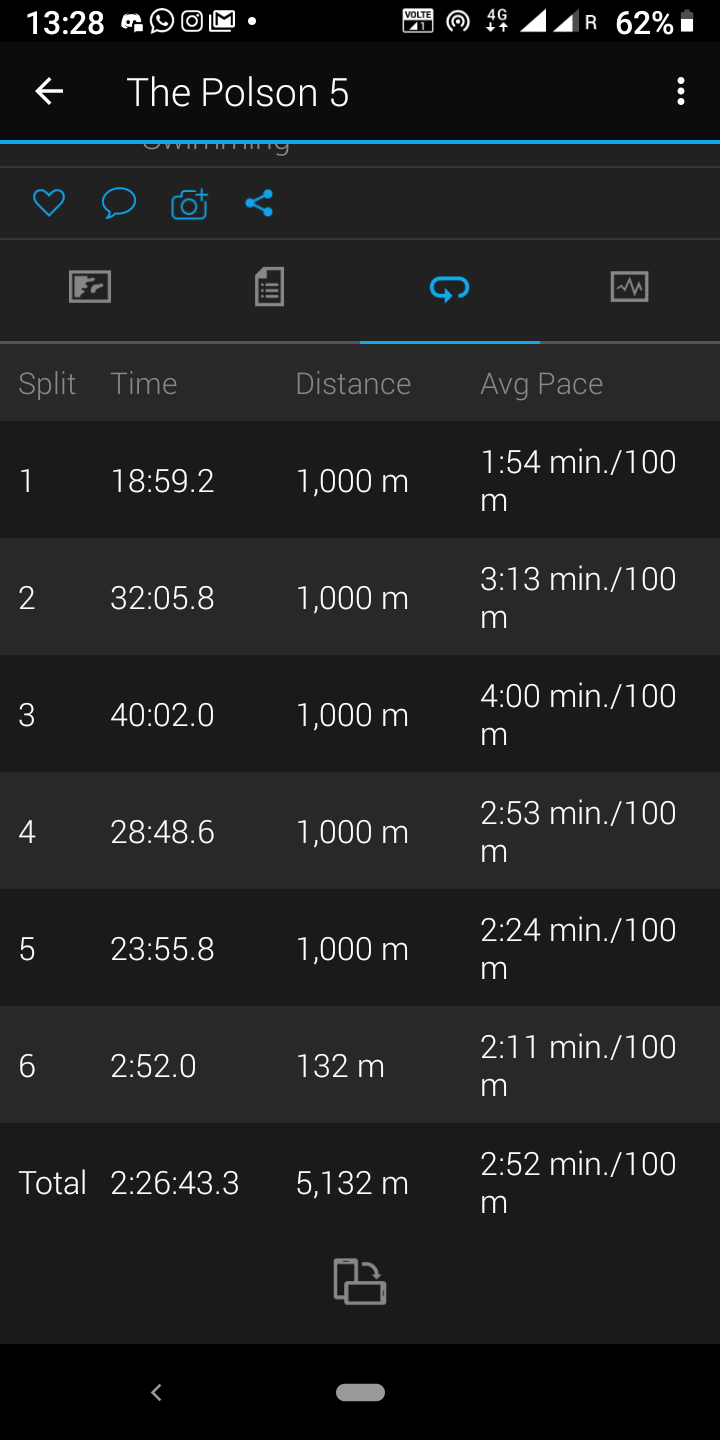 The race was held at the worst possible date and time in the month for me, the 16th day of the 8th lunar month, day after mid-autumn festival. The tide was strongest in the month and it was against us starting from 09:00, increasing until noon. A current against us already magnifies time difference between fast and slow swimmers, this time because of the increasing tide, when slow swimmers like me passed through the bay where the current was the strongest, it was even stronger than when the fast swimmers passed through it. A lot of swimmers were pulled. Last year the race was held on the 22nd of the lunar month, which the current was with us, however I didn’t join because I did not have enough experience at that time and the race is not suitable for novice. This race is not something that I would like to do again unless it is held on a different date.