HKOC Sprint Series this year started last Saturday. The first stage was held in Kowloon Park, which is my club’s “home stadium”. 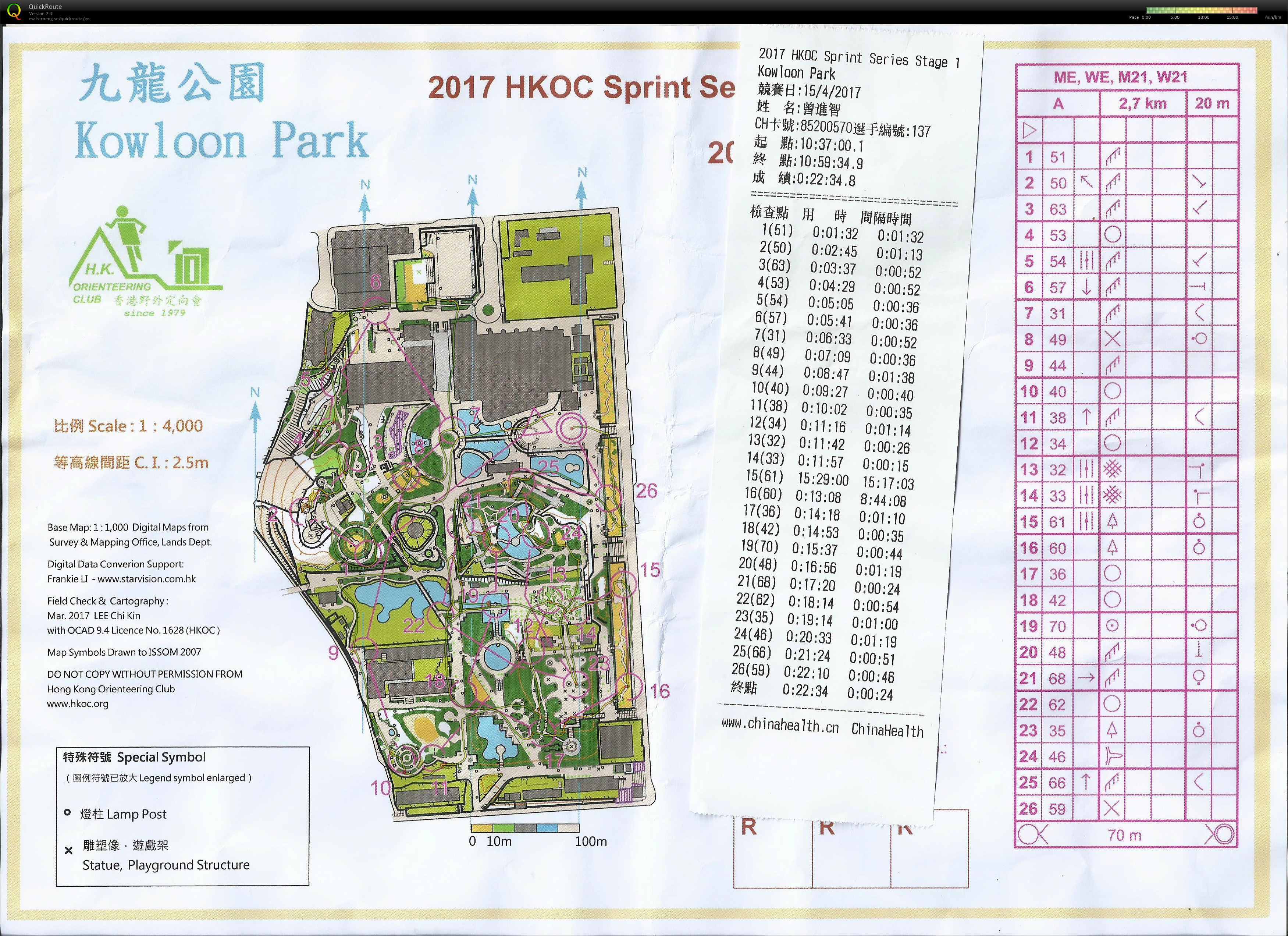 This race is not a gazetted event, which means it is mainly a practice event in my own view. However, as I was too familiar with this field, although I did generally well, I still made some mistakes.

The first mistake I made was at point 2, where I ran too fast onto the field directly to the opposite site without looking carefully at the stairs in the presence of people practising kung-fu.

Then to point 11, I also ran too fast overestimating the distance between controls, and stopped when I saw something inappropriate.

In leg 21-22, I wrongly reduced my speed on an earlier junction when running down the slope, unnecessarily reducing the speed.

For leg 24-25, I might have taken a bad route choice by going upstairs after crossing the tunnel, unnecessarily reducing the speed where I could accelerate till the end of slope and keep the momentum under the canopy.

Although all the above are minor mistakes, in sprint “every second counts”, and a few minor mistakes already accumulate to difference between the first and the middle of the field.

Overall I got the 4th place in class M21 among 11 starting competitors, which is in my expected range. More information can be found in the links below: