Last Wednesday was the World Orienteering Day (WOD), club over the world organised many orienteering events during the day. In Hong Kong, it was unfortunate that it rained extremely heavy to the extent that black rainstorm warning was hoisted by the observatory, resulting in suspension of work and school. The orienteering events were no exception. Despite the heavy rain, I participated in 3 WOD events in the evening after the rain stopped.

The WOD event by MetOC in Kowloon Park, originally scheduled to start at 11:00, postponed to 16:30 (actually about 17:00 because the organiser needed more time to set up the controls).

I took light rail and metro to Tsim Sha Tsui. During the 30-minute metro journey, I opened the online photo-O game by HKOC and completed 25 multiple choice questions, asking which flag in the photo was the one circled in the map. The result was published the next day and I got all correct.

The event by MetOC was free of charge and we could choose between an easy (standard) course and a difficult (window + corridor) course. I ran the difficult course and left immediately because time was running short for the next event due to the delay. As I would like to take first-hand videos in orienteering races in the future, I played with my video camera before and took a test video during this event, and the result was satisfactory so I could take a production video in the next event.

I immediately went back to the scout centre and entered Austin Station. During my way to Austin metro station, there were many property agents promoting “Ocean Pride” (海之戀), a new development in Tsuen Wan. I took the metro for 2 stations to Hung Hom, got on a cross-harbour bus, pressed the bell immediately when the bus started, and got off at the next stop. The event centre for the next event was just next to the stop where I got off the bus.

This event was HKOC Sprint Series (stage 3), a standard cross-country sprint orienteering race. One of the scouts in the troop I lead, Tavon Yum, also joined. 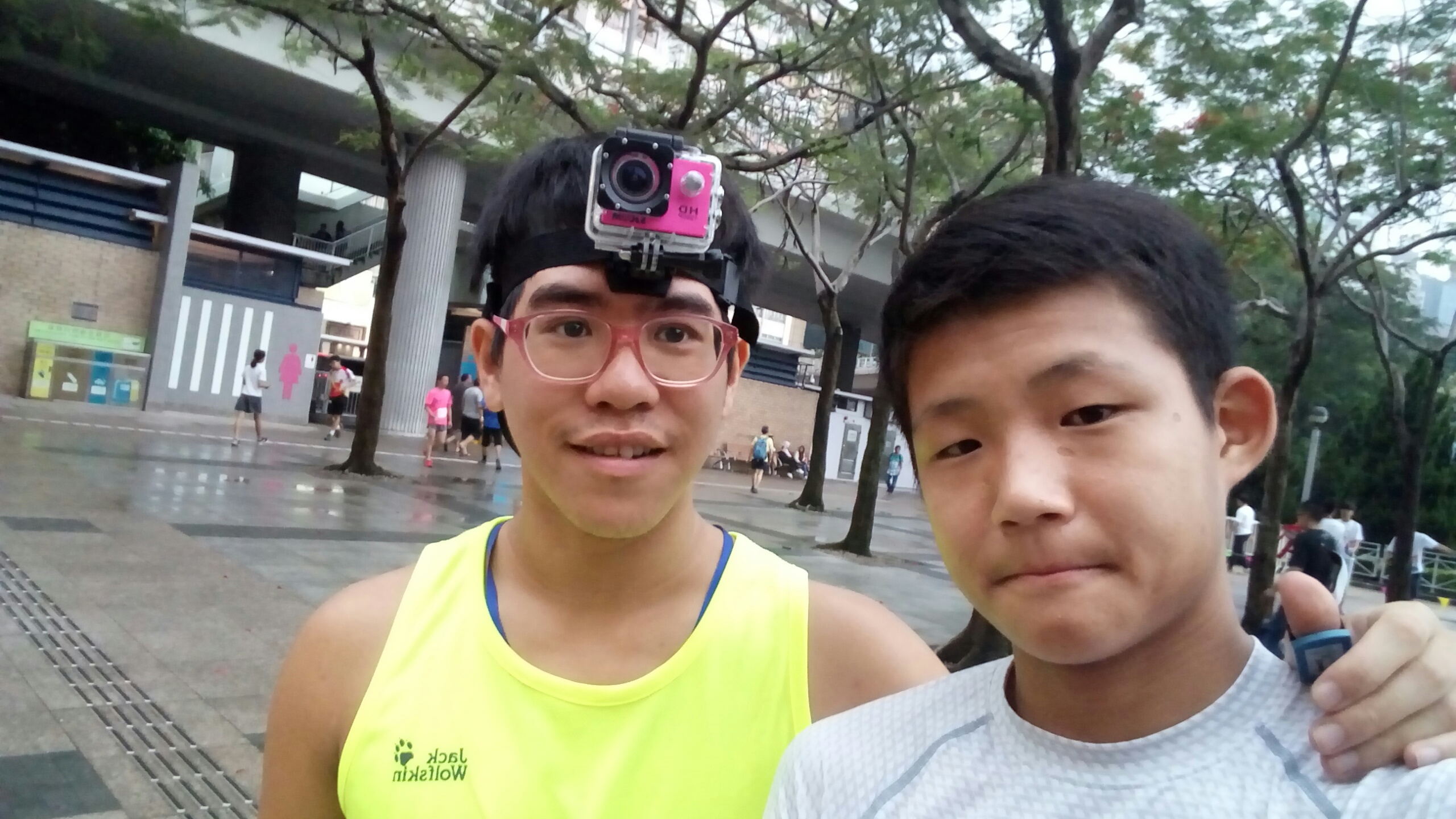 As usual, I used my GPS logger to get a trace. This time I also used my video camera to took a video, which John Wangki Yuen already had been doing for multiple times. I additionally used QuickRoute and RGmapVideo to generate an annotated orienteering video. 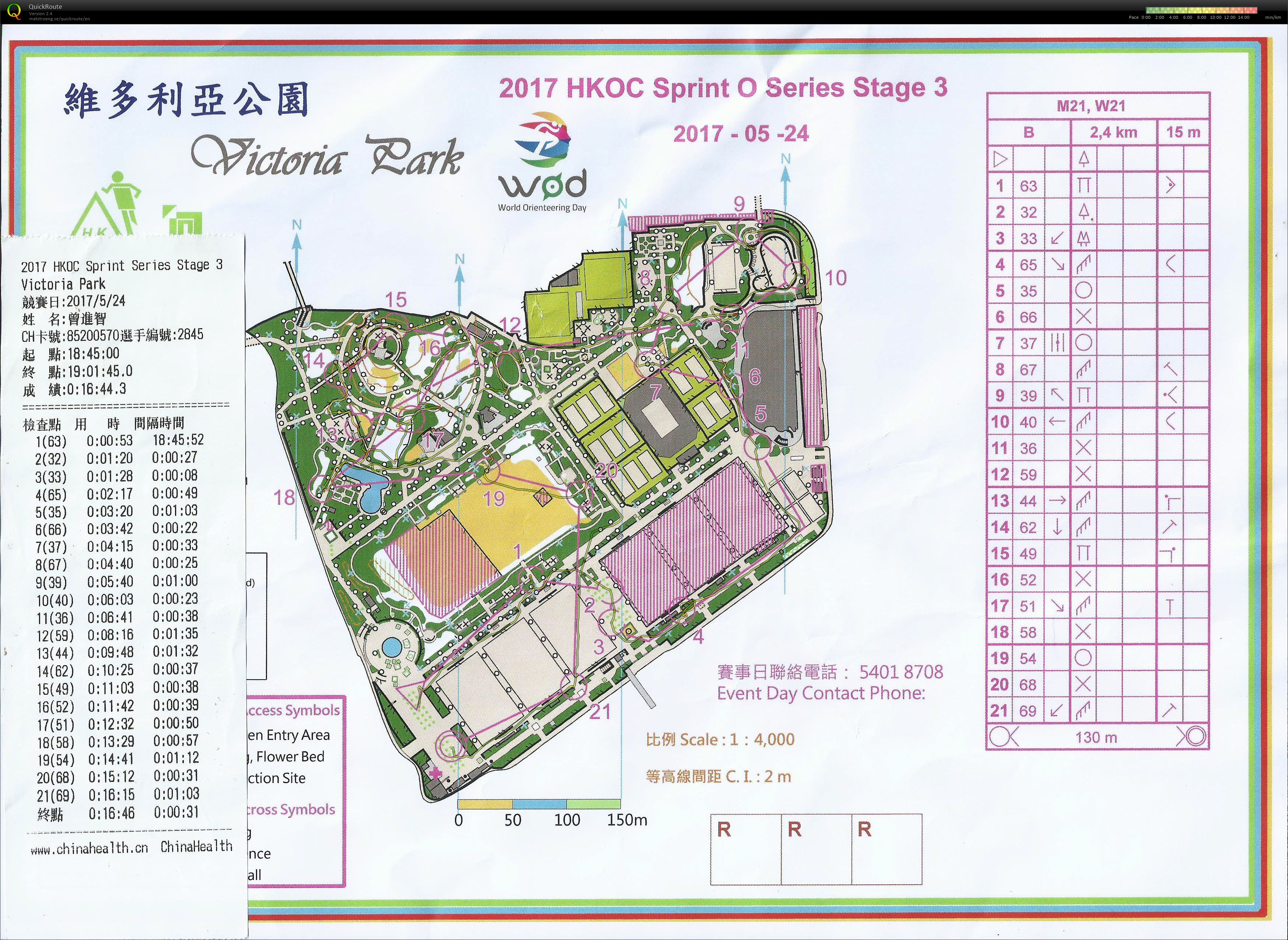 My performance in the race was not very good, with many small mistakes scattered along it.

I didn’t read point 4 carefully and went to the south of the flowerbed where the point was located on the north.

When I approached point 9, I didn’t make the required left turn and ran straight to the stairs.

From 10 to 11, I didn’t notice there was a passage south of 10 and took a sub-optimal route, going down the slope and U-turned to the point.

I also turned into the wrong path when approaching 12, and ran a wrong route leaving 12.

After leaving 17, I ran to the wrong direction.

I finished the race in 16 minutes and 44 seconds, even slower than John who made a large mistake running out of the map. Maybe I didn’t have enough map reading during the race resulting in running sub-optimal paths.