World Trail Orienteering Championships 2017 was held last week in Birštonas, Lithuania. I was selected to be a member of the Hong Kong team in both PreO and TempO competitions, and this was the first international sports (as opposed to academic) competition that I participated in.

The competition programme began on 10th July with the model event in Birštonas. I familiarised the working of the TempO stations, including “loose or bounded, point or speak”, then competed in the qualification on 11th July in Harmony Park in the green group. However, as with all Hong Kong team members, I got poor result in the qualifications and didn’t get into the final. I didn’t realise that what I did previously was actually breaking the rules – I put the answered maps face-up on the table instead of face-down, and caught in station 2 leading to being marked X in questions 2 and 5. My end result was 575.5 seconds over 25 questions, placed 33 out of 40 in the green group.

PreO model event held on 12th July and the day 1 competition held on 13th July. There were 21 questions in total with 2 questions voided, however, I only got 13 correct, placing me at 60 out of 66. 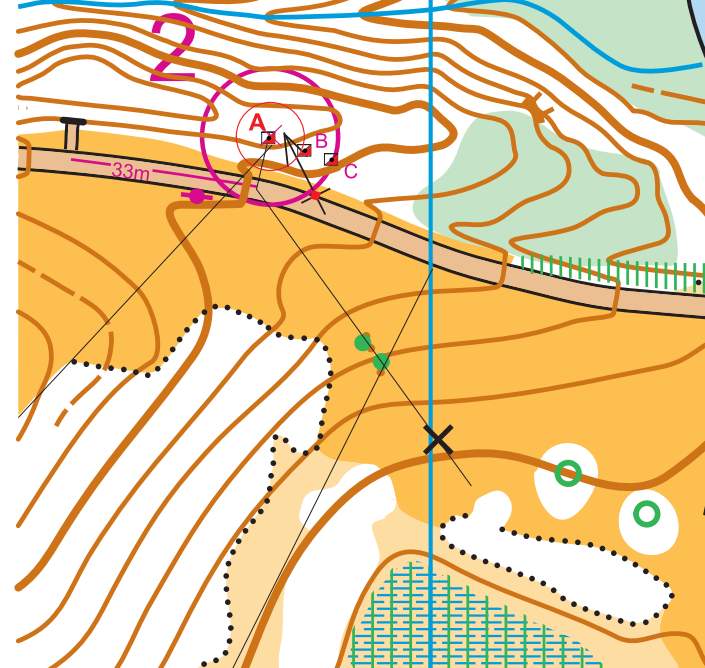 I found no idea even walking forward and back, drawing sighting lines and contouring from the cliff at the west, and guessed B. The solution was A. 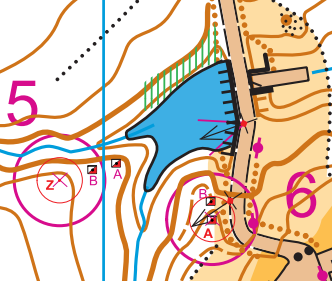 My first instinct for question 5 was Z, suspecting that the flags were too low. However, I couldn’t verify the fact by whatever means, including compass bearing from various locations and contouring from 6, and finally chose B, but Z was the solution. 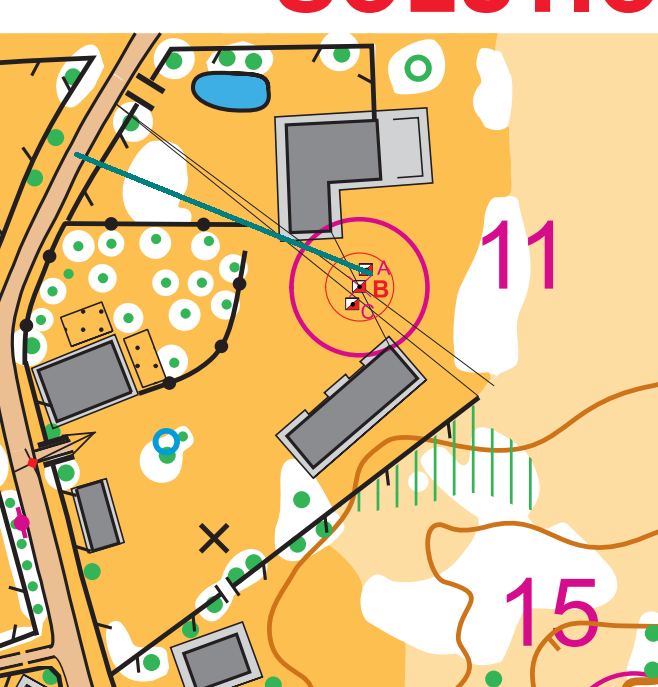 Although I suspected that B might be at the exact middle between the buildings, I couldn’t verify it and tried to draw multiple sighting lines. When I saw the marked line I chose A as the answer, but the solution was actually B.

It was out of my ability to note that B was off by a spur, and I wrongly chose B.

Although I suspected that the flags for 15 may be too far away, I couldn’t verify if it was true, and chose a letter for it. Someone reported that it was possible to confirm at the DP of 12 but I was not aware of that. 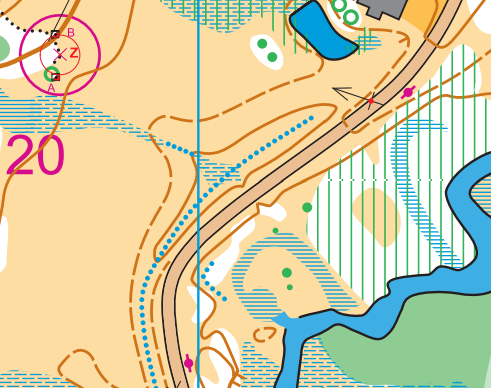 When I walked from south to north, I was flag A immediately and thought it was at the wrong place, and thought a flag B was hidden. When I walked to the point where I should be able to see the circled location, the flag did not appear at once, but when I walked further north a flag B appeared. Although I had thought about the possibly of Z I was too careless to answer B when I saw B appeared at the next forest corner, probably due to time constraint. 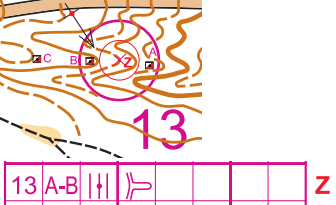 Question 18 was voided after a protest where the jury found the map and the terrain were unclear and confusing. 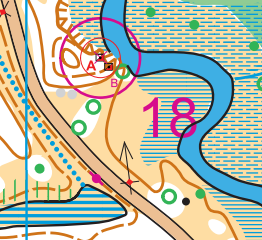 Day 2 competition was held on 15th July in Aukštadvaris. There were 28 questions and the time limit was 155 minutes. I attempted to solve the questions by instinct, which worked in the first half of the competition, where I got only 7 and 12 wrong in 1 to 14. However, the second half was total disaster, because the limit was too tight, I couldn’t even run along the trail to inspect some points far away, or had to answer something even when my instinct could not provide me a possible answer with no time to spare measuring angles.

For example, consider point 23 in the following map: 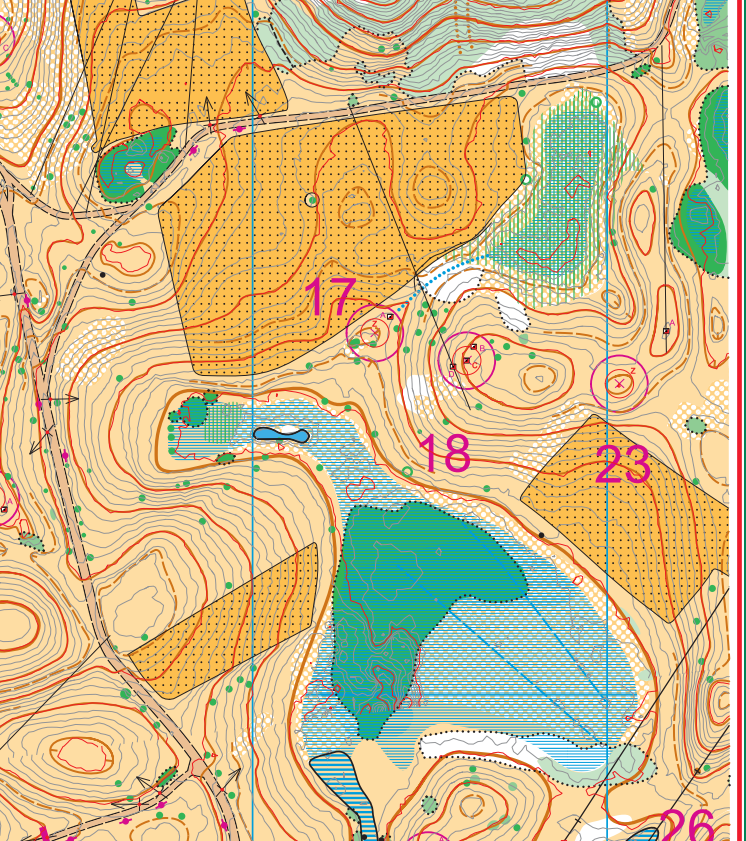 I tried to look at it from the north, but I couldn’t verify the shape of the hill there. After I reached the DP from the south-west, I had already no time left to return to the north to verify it again, and chose a wrong answer.

Furthermore, my instinct failed to provide possible answers for most of the questions in the latter half, except the most obvious ones like 21 where all the flags were clearly off from the correct feature:

The relay was held on 14th July at The Capitals Golf Club, Pipiriškės. 20 teams of 3 participated in the open class. There were 27 questions in the field, each team member had to answer 9 of them, however, controls 11 and 18 were voided after protest and control 27 was voided because there was a missing SI unit. Our team’s total corrected time was 14’38” with place 17, while 2 teams were disqualified because they used a pen in the competition.

I am currently not interested to join next year’s event because it will be held in Latvia, also a Baltic state. Maybe I will wait until 2019, and participate in more events in Asia these 2 years. Also, there will be world ranking events in TrailO starting next year, just like the other three orienteering disciplines.