As autumn comes, the orienteering season begins. There are two ranking events in Hong Kong in October, one in Cheung Ngau Shan, another in Aberdeen Country Park.

The event in Cheung Ngau Shan was held in 2nd October. The weather was still very hot, and the terrain was mainly open (yellow) and exposed under the sun. 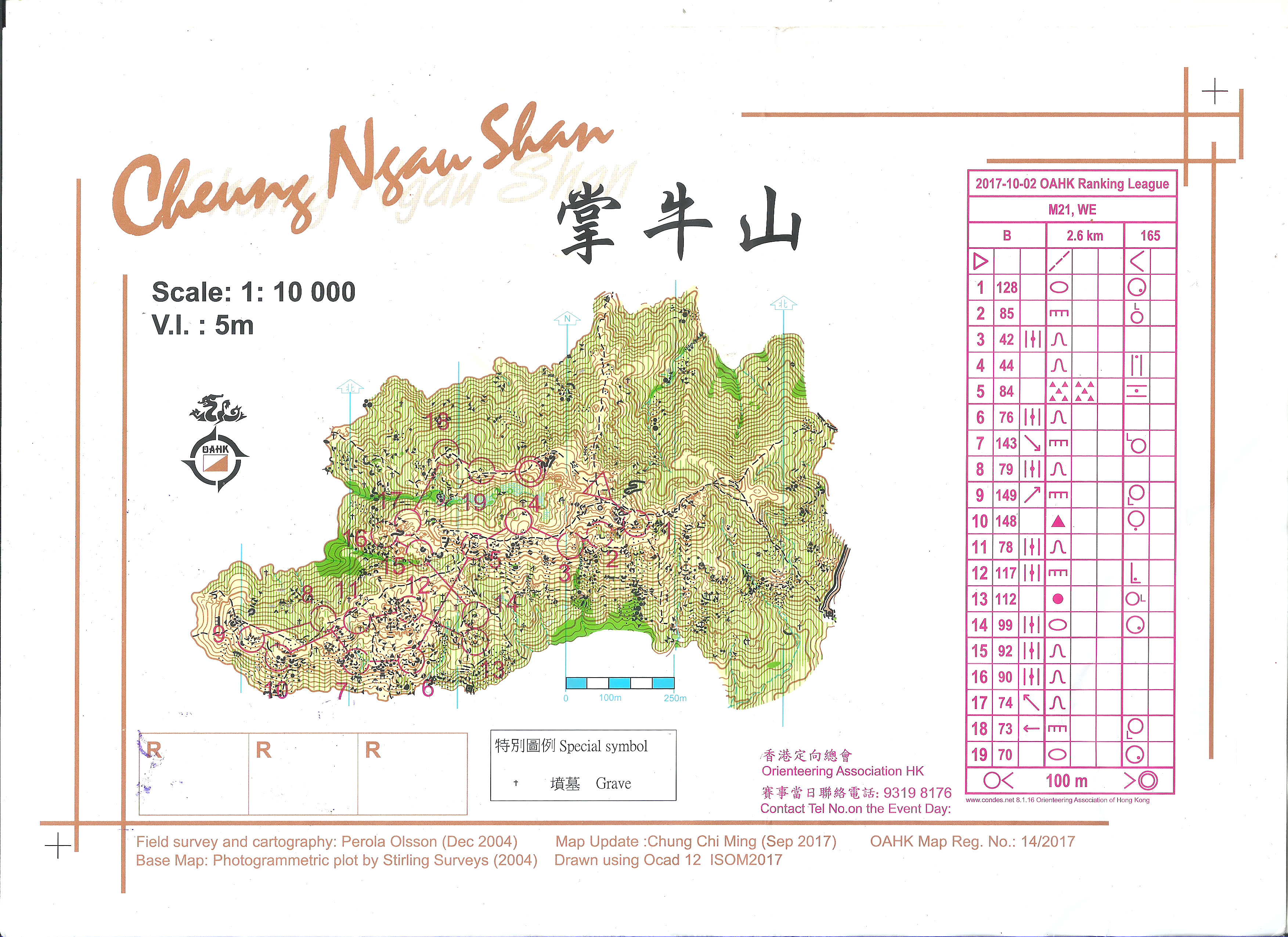 As the terrain was open, on most legs, going straight is the most preferred route. From start to 1, I was misled by another competitor and attempted to find the point prematurely, but soon corrected. I performed well until 7.

However, on my way to 8, I intended to go north-west to the plateau and found the point there. However, after I reached the plateau and found a point, the code was incorrect, I checked my compass and found it was at the opposite direction, which meant I had got lost. I didn’t know where I was and I only blindly went north and attempted to match the shape of the terrain with the contour lines. I found out that I accidentally deviated south-west at the beginning when intended to go north-west straight.

After that, because the weather was too hot, I was overheated and couldn’t run at normal speed, and only walked very slowly. I reached a few points without errors, but from 15 to 16, I attempted to go straight but didn’t recognise the cliff face correctly. As a result I went to the top and went down again, costed me a lot of time.

I finished in 1 hours, 22 minutes and 37 seconds, which was much more than the winning time, 38 minutes and 5 seconds, resulting in a very low score.