Beijing O Week this year was held from 23 October to 31 October, in Beijing and surrounding areas, in conjunction with Park World China Tour. This was the first overseas (outside of Hong Kong – Macau – Guangdong) competition that I participated on my own (not as part of a federation / institution / team), the first international event where I arranged travel all by myself, and also the first overseas travel where I incorporated tourism into my trip for international event, making me a sports tourist.

The calendar had long shown that the world ranking event would be held on 28 October and 29 October, however, the bulletin 1 only arrived less than a week before the event, resulting in too little time for me to prepare. Also, because of the tight time, I couldn’t get a heavily discounted air ticket between Hong Kong and Beijing, and only bought a discounted single-journey ticket from Beijing to Hong Kong.

According to the foot-O rules, bulletin 1 should arrive 4 months before the event, with basic information including the event arena and embargoed areas, but it didn’t include those vital details, and when I asked the China organiser where I should book my hotel stay, they only suggested me 2 hotels in the city, which were completely useless for me. I ended up only booking the hotel stay of the first night (23 Oct – 24 Oct) in the area according to the Park World Tour website which is Huairou, and planned to book the remaining nights on the go.

As the bulletin told me to report between 09:00 – 18:00 on 23 Oct, I planned to take a fast sleeper train from Shenzhen North to Beijing West, which depart in the evening 22 October and arrive in the morning 23 October. I had a local competition on 22 October and had to go immediately after finishing the competition, and planned to depart Wan Chai Gap at 16:00.

I planned to take bus 15 from Wan Chai Gap to Admiralty, transfer to bus 968 to Yuen Long, then bus B1 to Futian Port, and finally metro Line 4 to Civic Centre, which connects to Futian train station by an underground walkway, and expected to take about 2 hours and 5 minutes. The last sleeper train from Shenzhen North to Beijing West with beds available on that day was going to depart at 19:50, and the last connecting high-speed train was going to depart at 19:15 from Futian.

However, because of a mistake in the local competition, I departed Wan Chai Gap 15 minutes late at 16:15, and took buses 15 to Admiralty, then buses 969 and A36 to Yuen Long (which run on the same route as bus 968). When I attempted to transfer to bus B1 for the border port, consecutive buses were completely full and skipped the stop (Yoho Mall I) where I was waiting. Only after 40 minutes there was a nearly full bus arrived and everyone squeezed onto that bus. 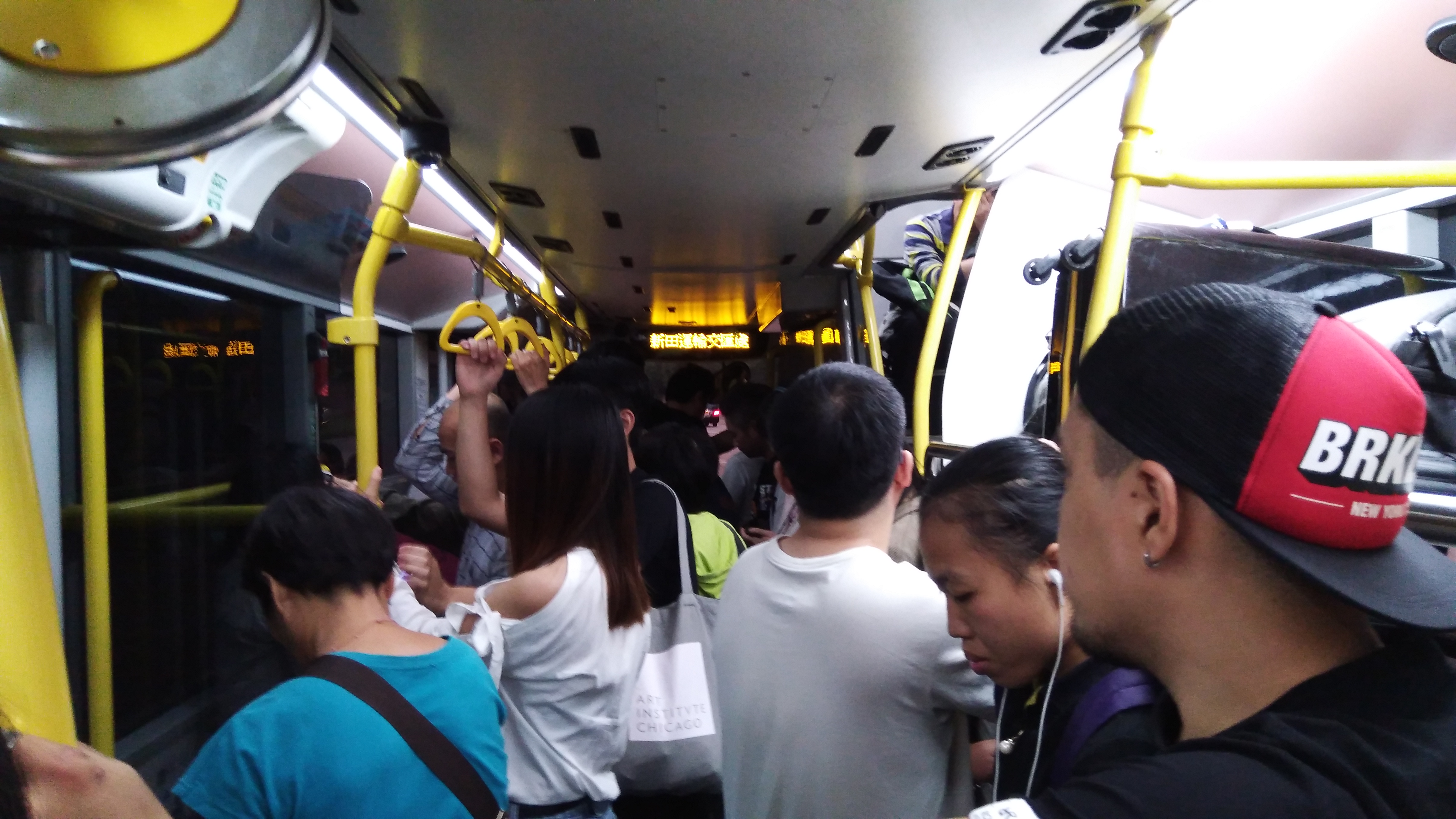 I demanded the sleeper ticket immediately and took out my identification and a pile of cash, got the ticket and ran to the boulevard above and caught a taxi to Shenzhen North Station in Longhua. That taxi ride cost me about CNY 50, compared to CNY 15 if I was able to take the high-speed train to Shenzhen North. After passing 2 security checks (1 at entrance and 1 specifically for Beijing-bound trains), I reached the gate 7 minutes before departure, i.e. 2 minutes before the gate closed.

The train D910 to Beijing West departed at 19:50. Everyone on board was offered a set dinner. 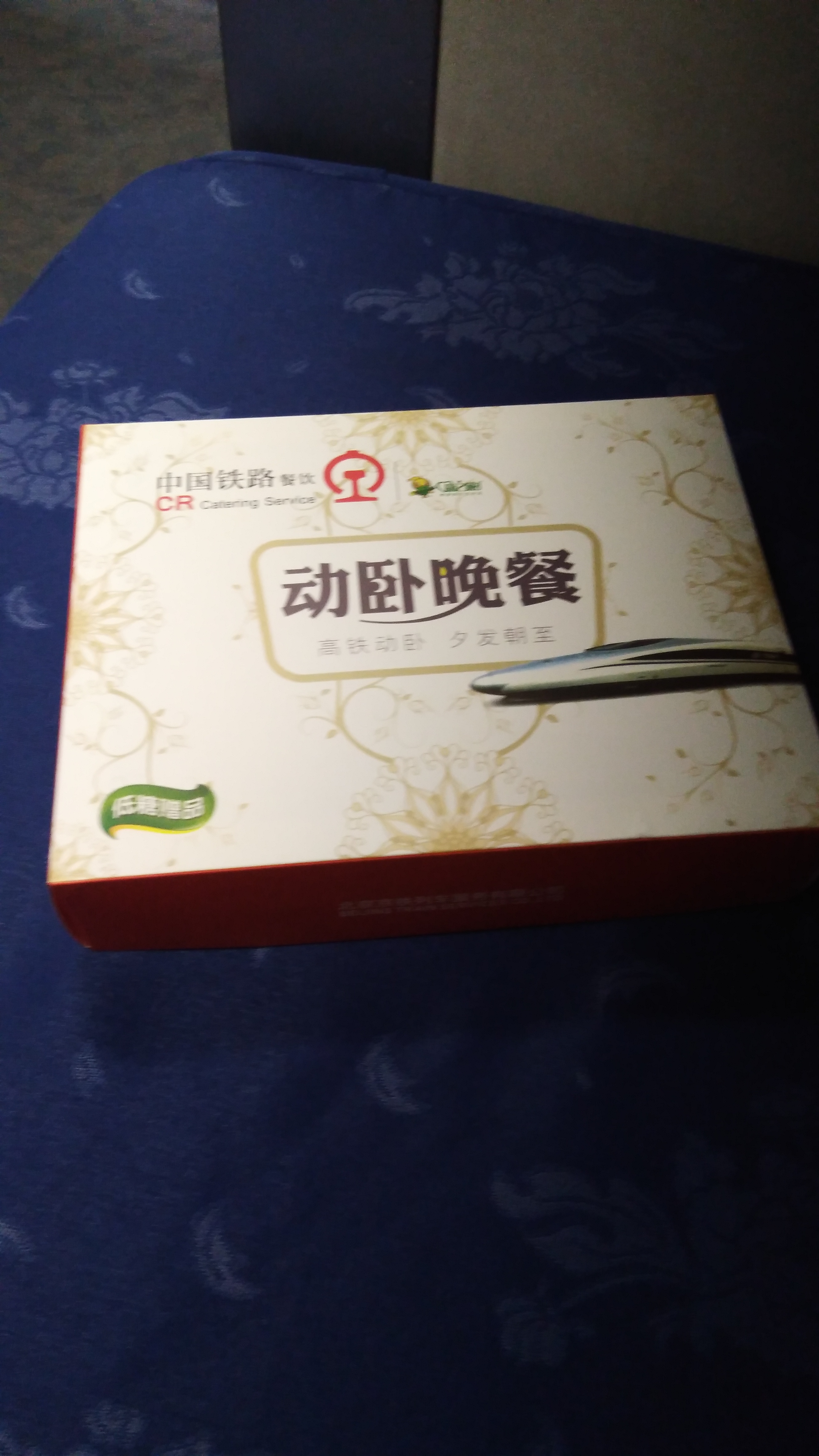 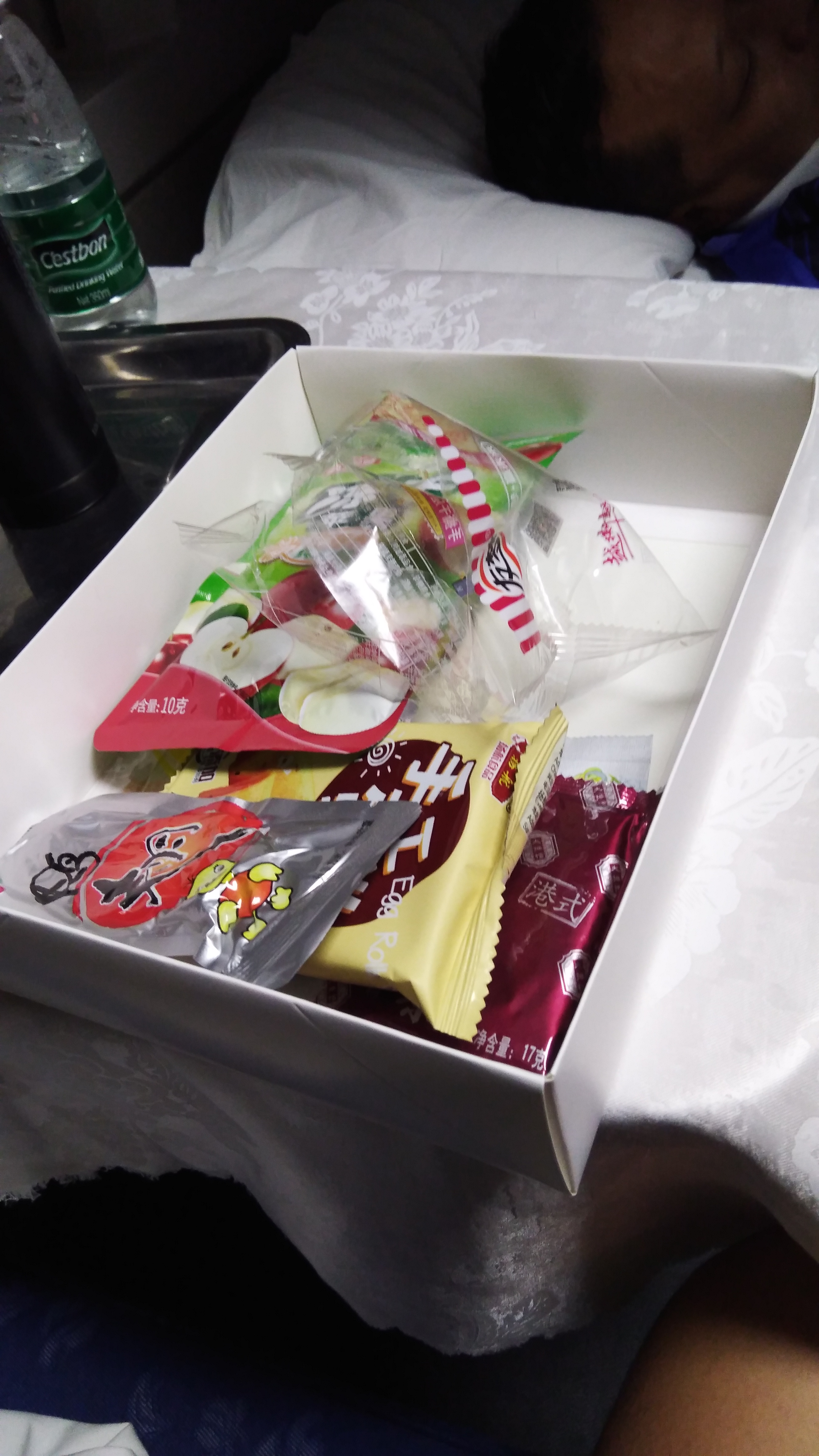 However, as I didn’t have a proper dinner before boarding the train, I also went to the dining car and ordered a business dinner and a cup of soup. 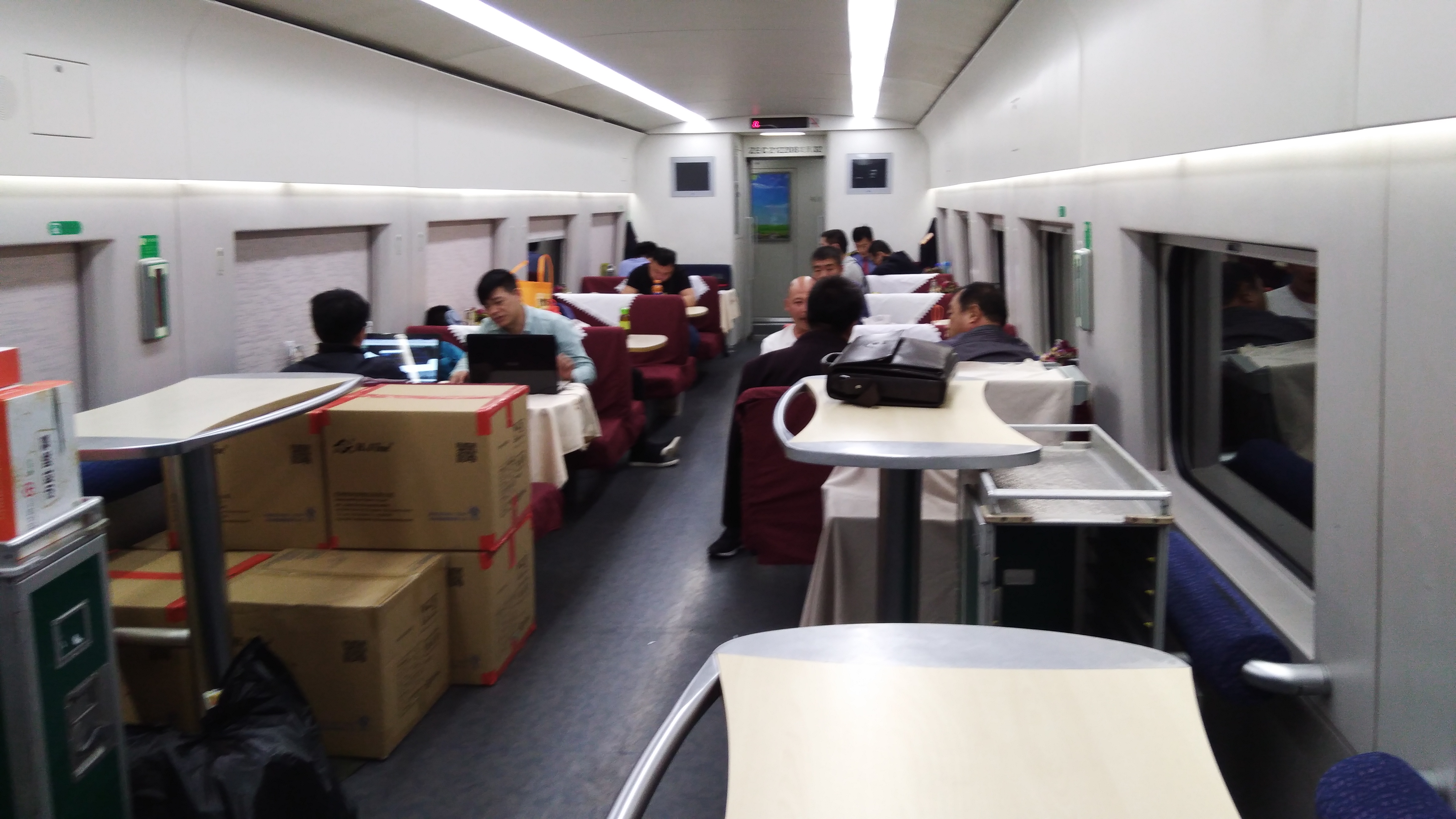 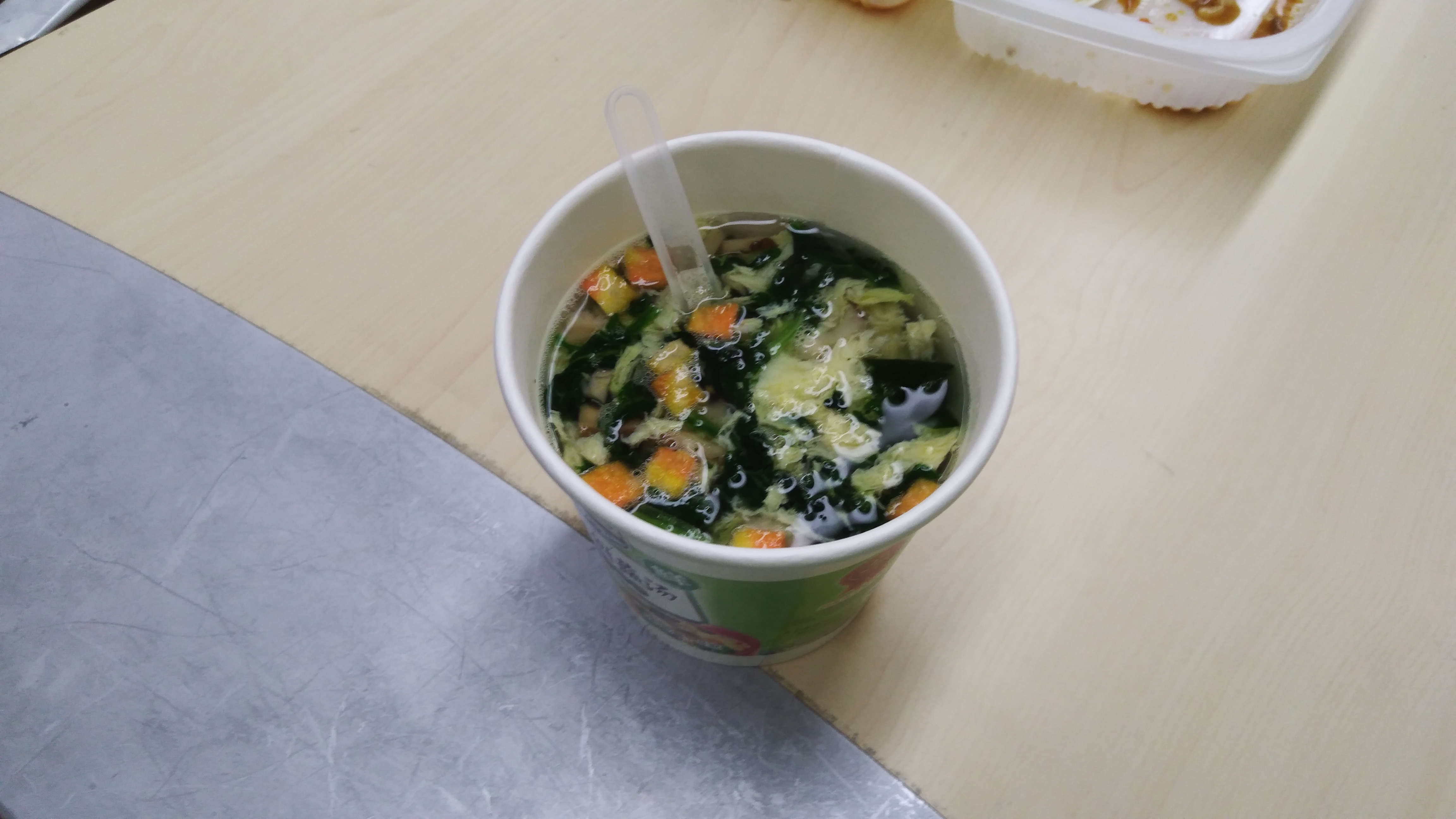 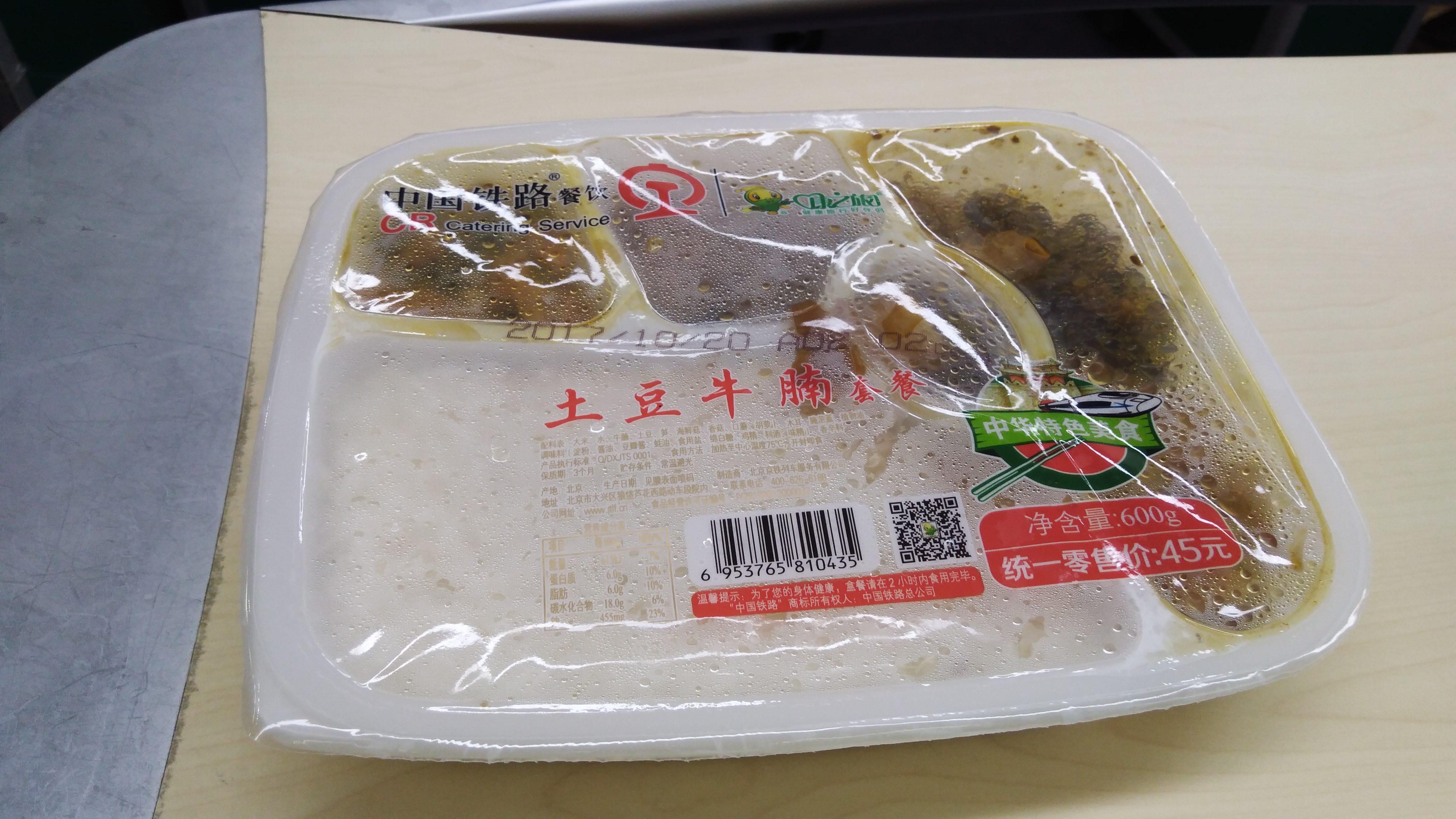 After the night, I arrived Beijing West in the morning. 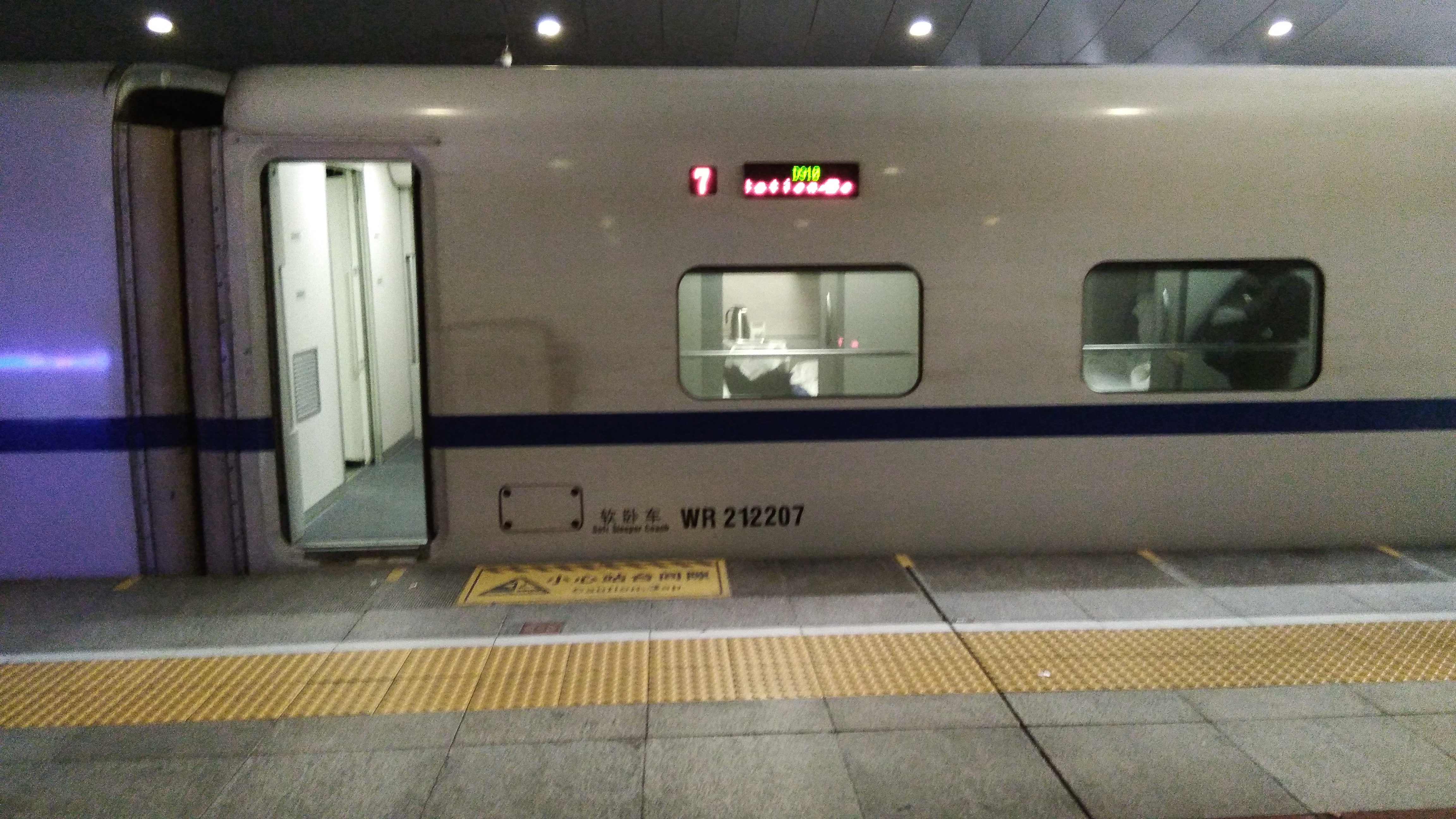