When I woke up in the morning, I received a message that my hotel booking on that night was cancelled because the hotel couldn’t accept foreigners. However, I ain’t a foreigner so I called the hotel for clarification. The hotel replied it could accept me, and I called Ctrip afterwards. Ctrip tried to recover my booking but it couldn’t because the refund was already made. I called the hotel again and was told to walk-in in the evening.

The first race of Beijing O Week was held at Hongluosi, about 6 km north of Huairou. There is only one bus serving Hongluosi, which is numbered H57, from Huairou. That bus run on about 40-minute interval, and was going to reduce to an hour interval a few days later according to a notice stuck on the bus stop. 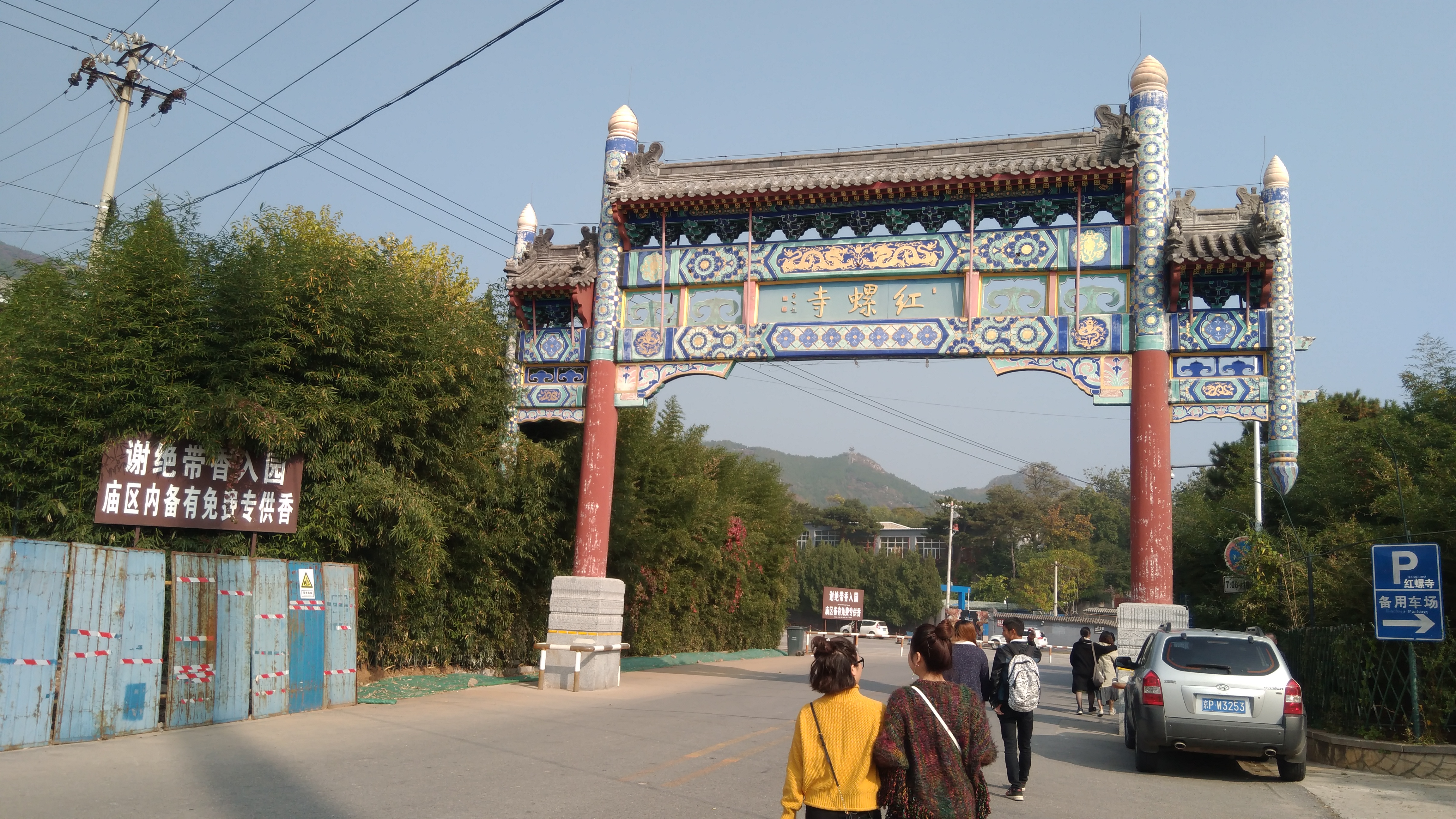 Before the race, we took a group photo there.

There was a start list shown, but all the local Chinese runners were missing. 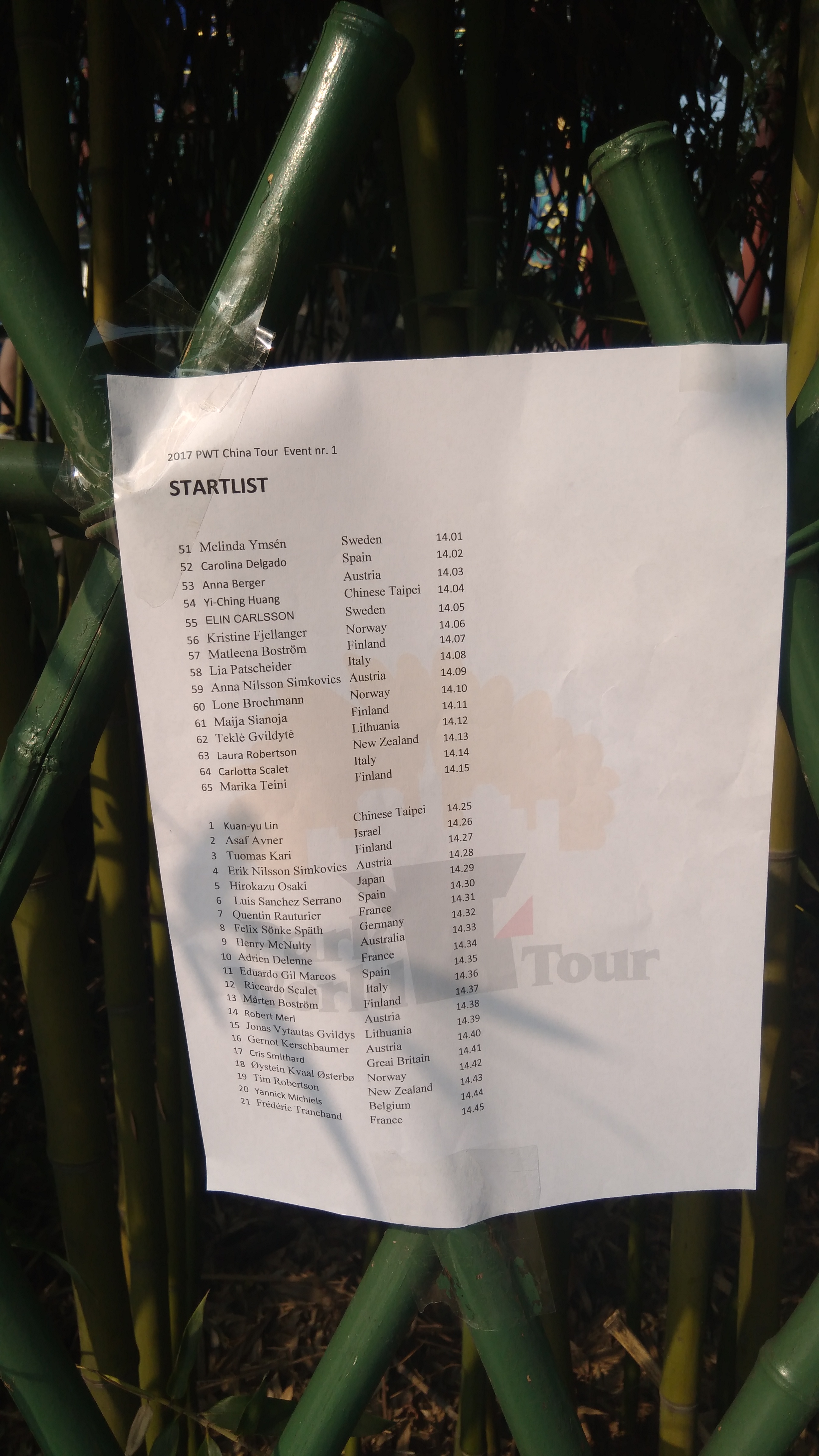 The ticket for Hongluosi cost CNY 54, which I didn’t think it was worthwhile for me to recommend this place to tourists.

Hongluosi, as the name states, is a temple. There are a few places inside with a lot of statues, which makes orienteering very interesting. As the statues are made of rock, they are represented on the map (around points 10 to 13) using black dots. They all face to a particular direction.

The maps were given back to back, i.e. map exchange was done by turning over the map. However, on the start of race, I tried to find the start triangle on the map for a very long time, and found out that I was reading the wrong side of the map (i.e. the 2nd map)! This was a very large mistake, cost me nearly a minute.

As the place was on a hillside, there were many contour lines on the map. I was poor in running hills, wherever there was a upward slope, I would be very slow on otherwise perfectly runnable terrain. The map stated that the course length was 2.4 km, and the climb was 230 m, however I didn’t think the climb figure was true after running, which should be around half of the stated figure. The effect was clearly shown by comparing my performance on the first race with the most climb, and the last race with basically no climb. The winning time was 14 minutes and 25 seconds, and my time was 31 minutes and 11 seconds.

All the races gave prize money to the winners, but as nearly all of the competitors were world class elites, it was impossible for me to took any of them. 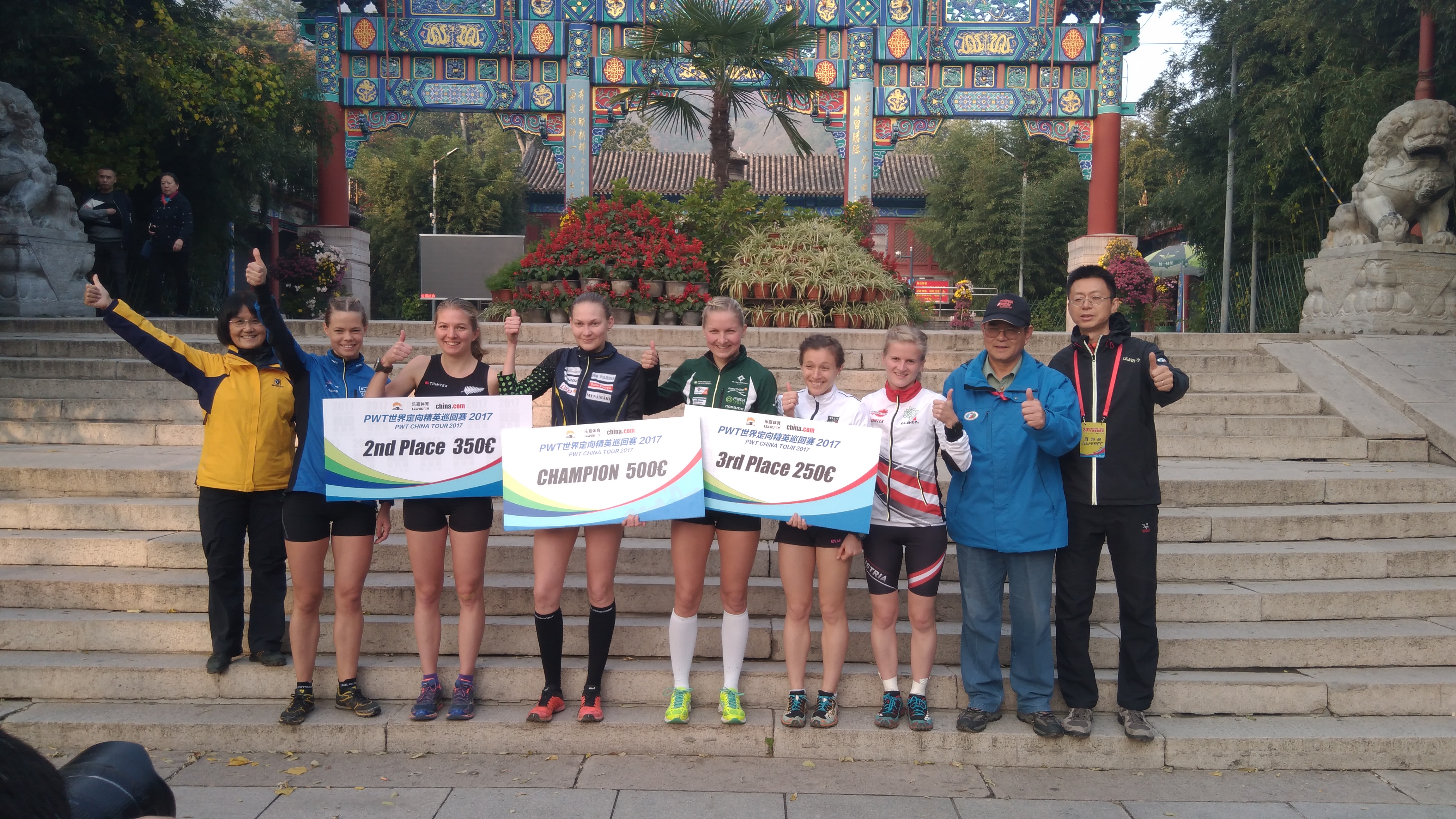 After finishing the race, I took the bus H57 back to Huairou, and went to the hotel for my second night there, which was a different one from my first night.

The hotel was near to a local market with cooked food stall, where the food was very good.