I departed Hong Kong by Turkish Airlines flight on 29th January to Istanbul and arrived on 30th January, joined the free layover tour and flew to Borg El Arab afterwards, and stayed in Arab Academy of Science, Technology and Maritime Transport (AAST).

I met my friends Ezz Edlin, Mohamed Hesham and Omar Gamal from 13th World Scout Youth Forum on the next day and visited Alex for the day. 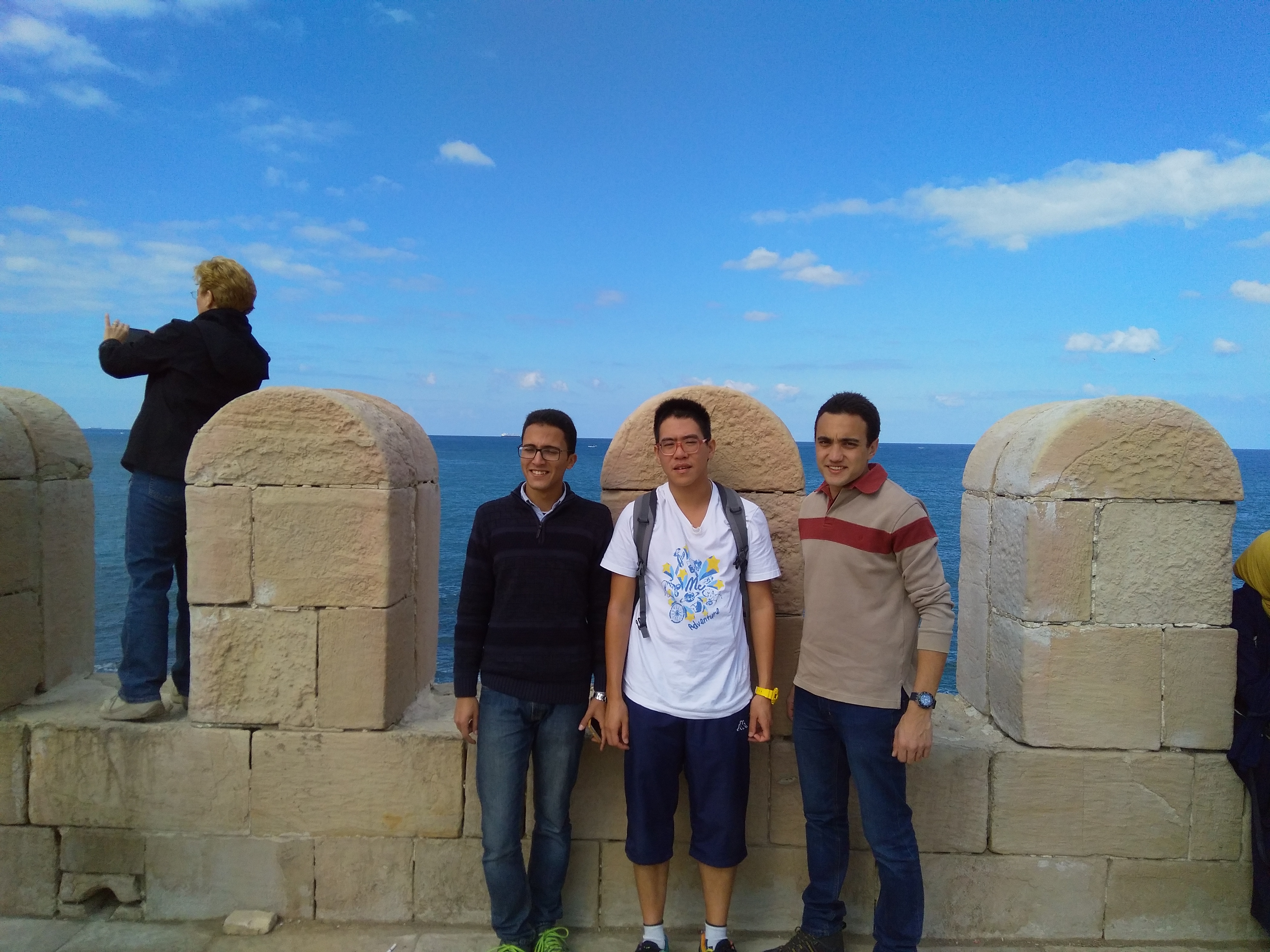 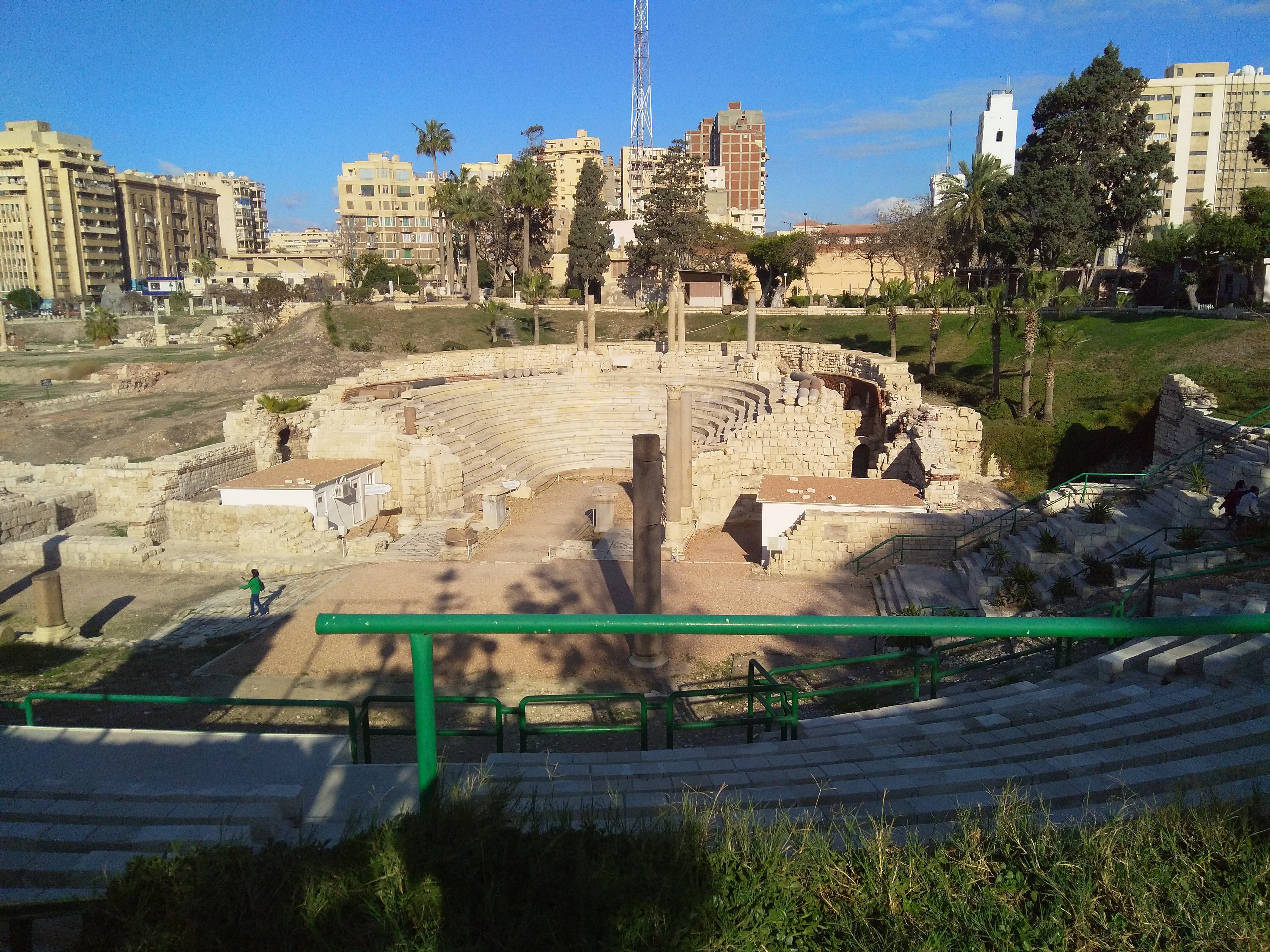 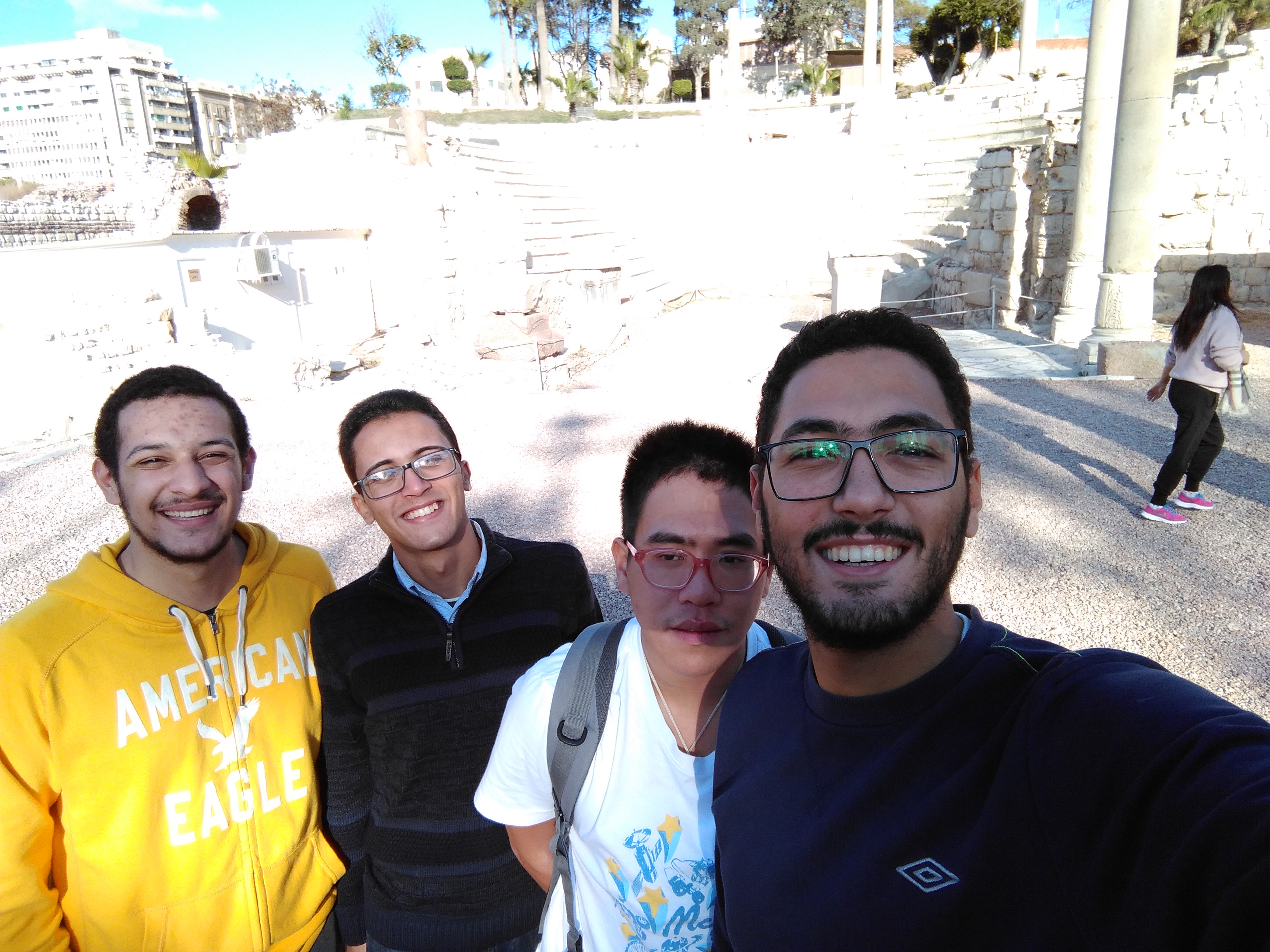 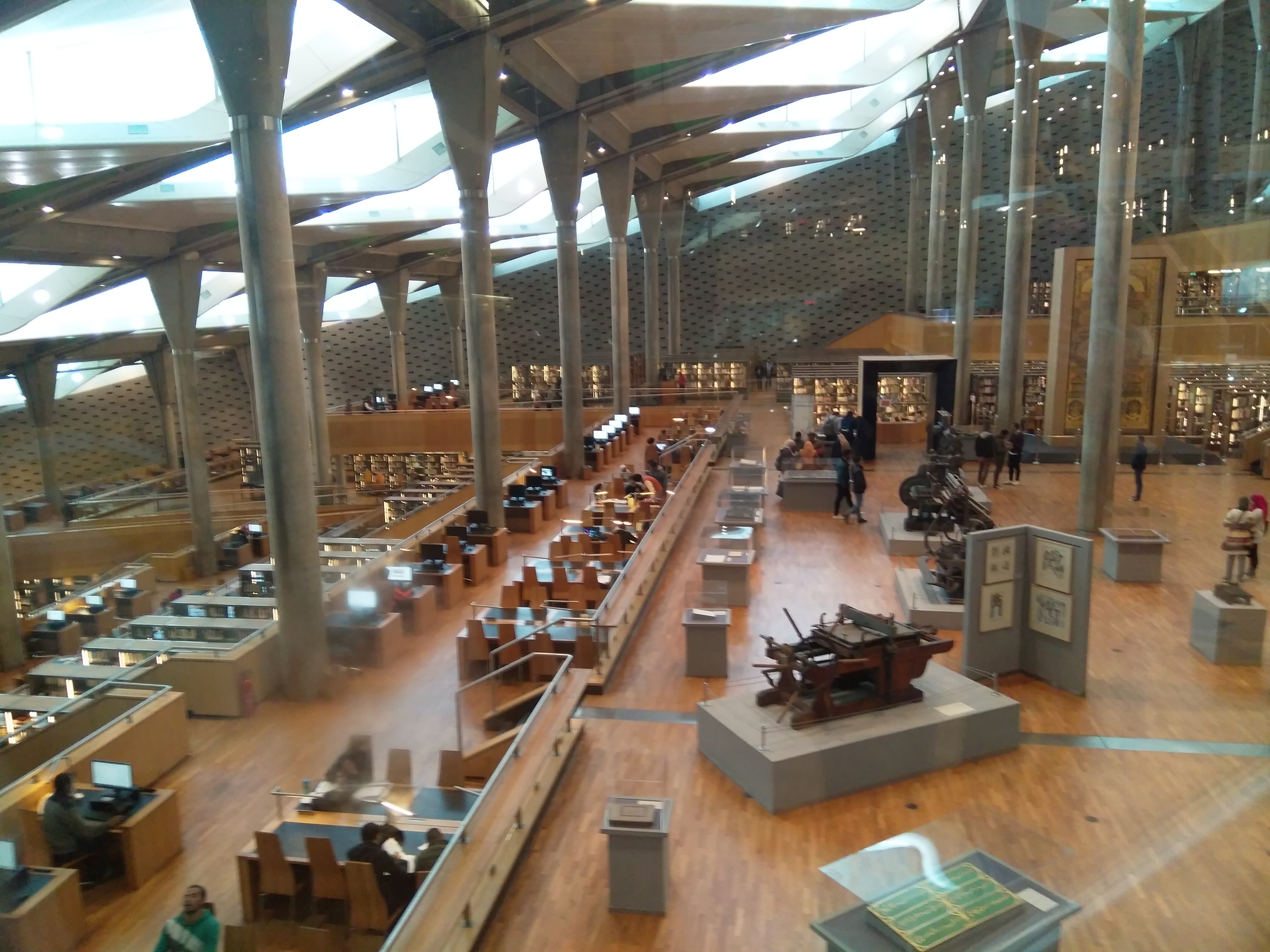 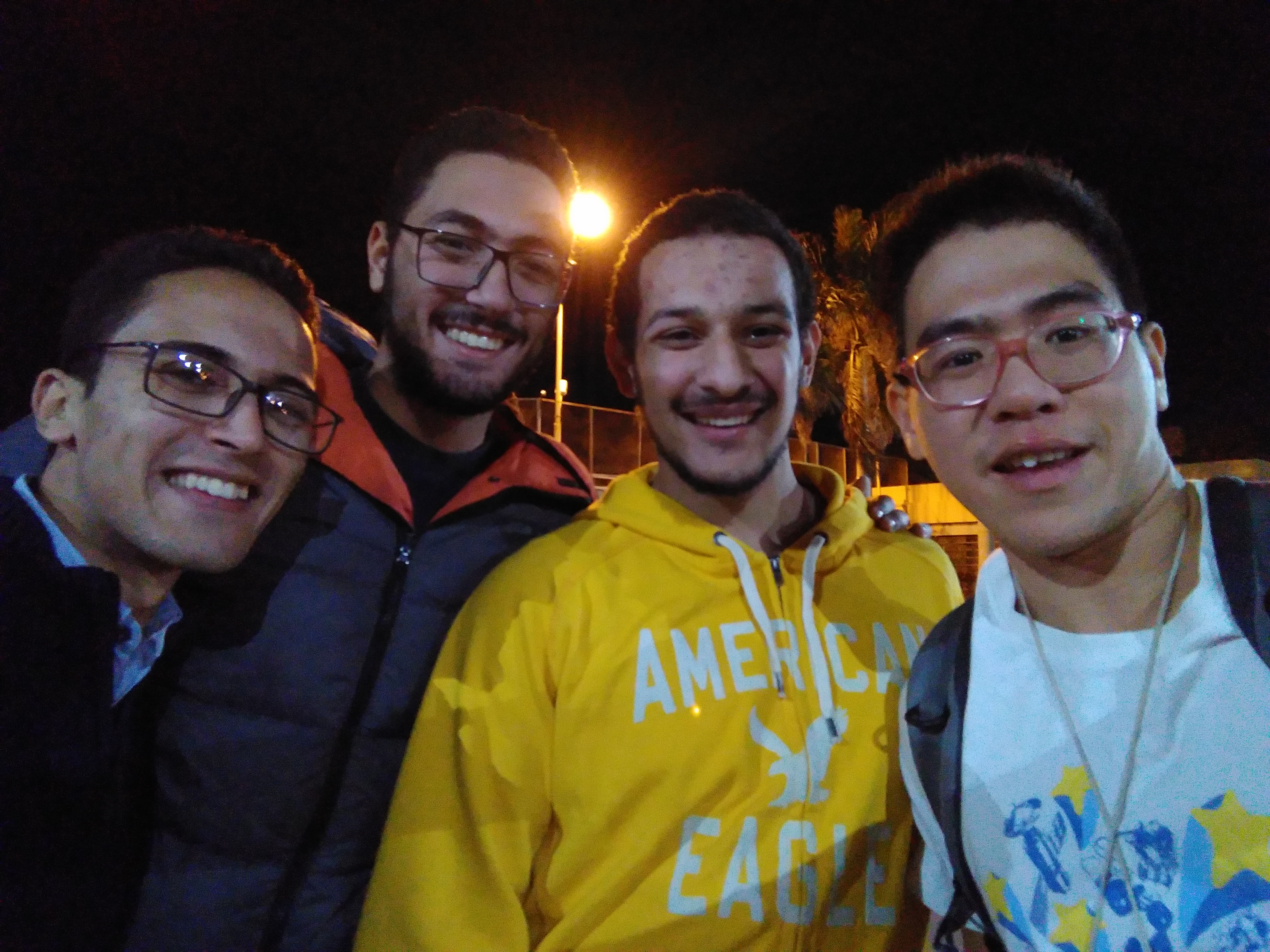 The competitions began on 1st February with FootO model and PreO in Montazah Palace Gardens. The PreO competition had 23 control points, but I made 2 mistakes in the competition, one about a cliff foot, another was plain careless after a long time in competition where I lost my concentration already. There were 2 time stations originally, but due to misplacement of flags by the organiser, one of them was voided. The top four competitors in PreO got 22 correct with only 1 mistake, and I got the 7th with 11.16 WRE points.

Sprint and TempO competitions were held on the next day, on 1st February in Arab Academy. The sprint competition was a standard campus orienteering race with flat terrain, 2.9 km long, 10 m climb, and 23 controls. The winning time was 15’16” and I ran 24’23”, got 107 WRE points. After the sprint competition, the TempO competition followed. There were 5 stations with 5 tasks each, 25 tasks in total. I answered them fast in 153 seconds, making 3 mistakes in the process, and got the 2nd with 243 seconds total time with 10.44 WRE points, while the winning time was 178 seconds.

The day after that, we travelled to El Alamein for the “long” competition. It was the only competition without WRE status. It was held in a closed summer resort with an ISSOM 1:7500 (!!!) map. The terrain was also nearly flat, with only 30 m climb for a 9.7 km course. 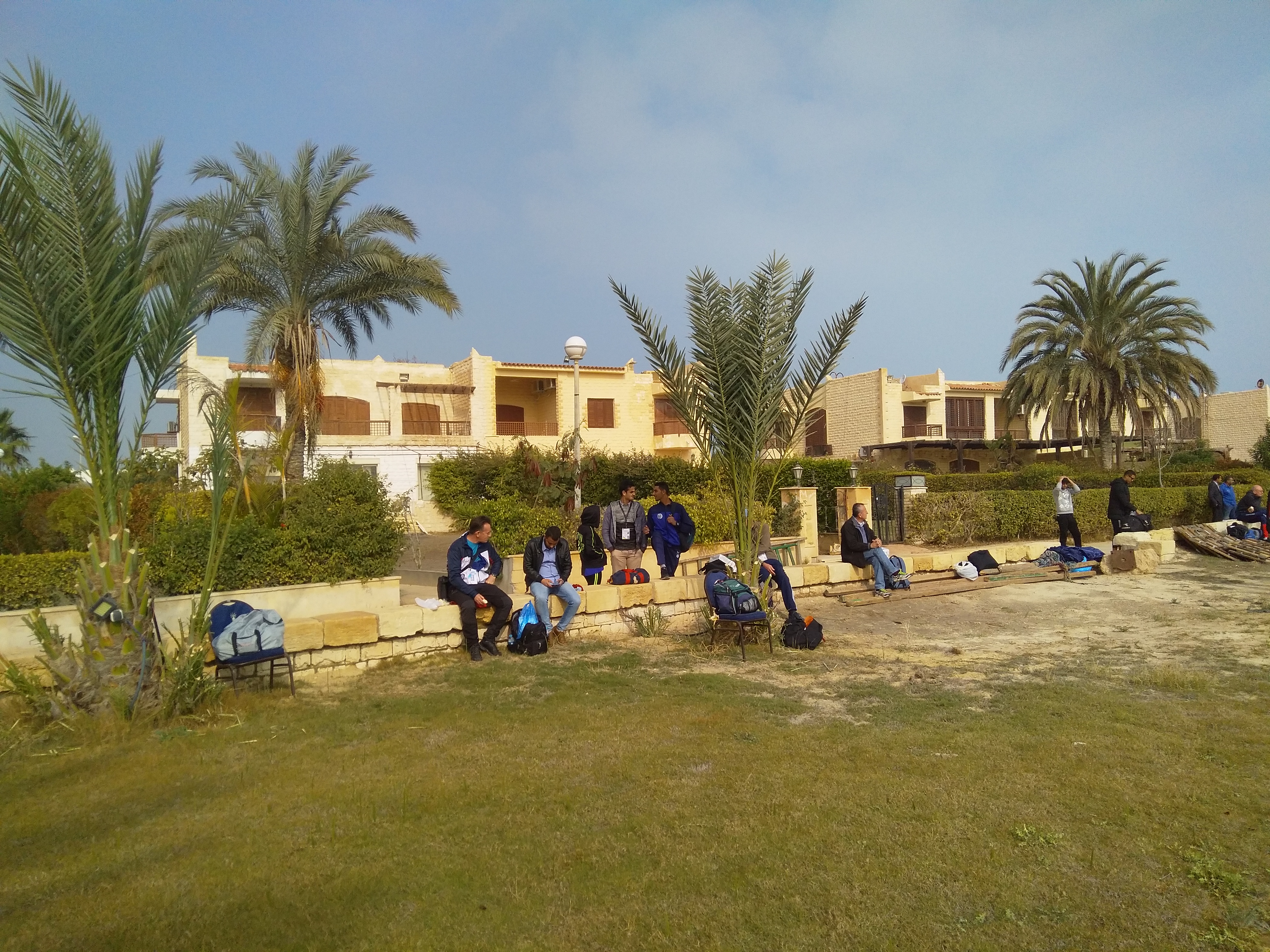 After the competition, I went to the World War II Museum in El Alamein. 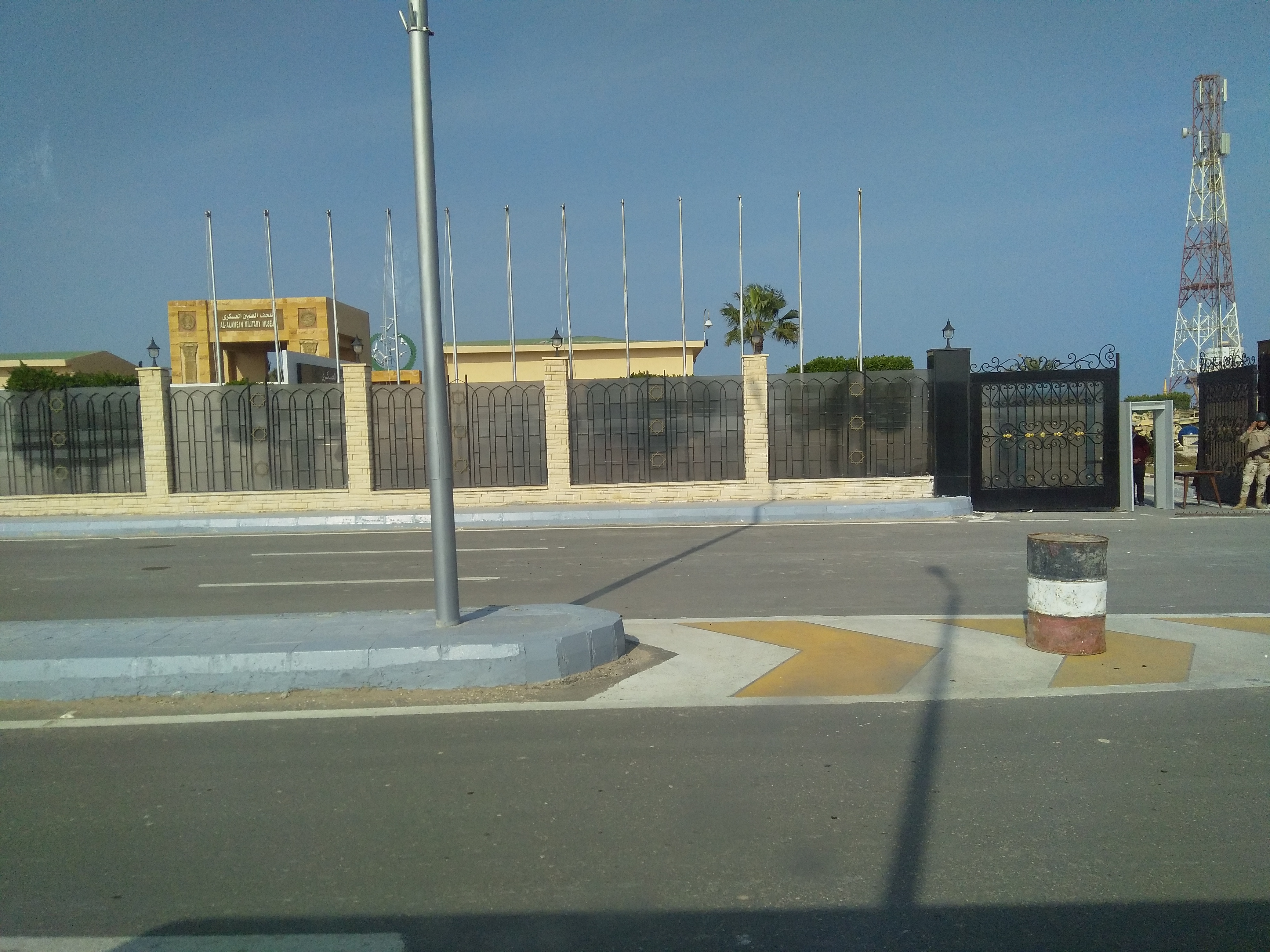 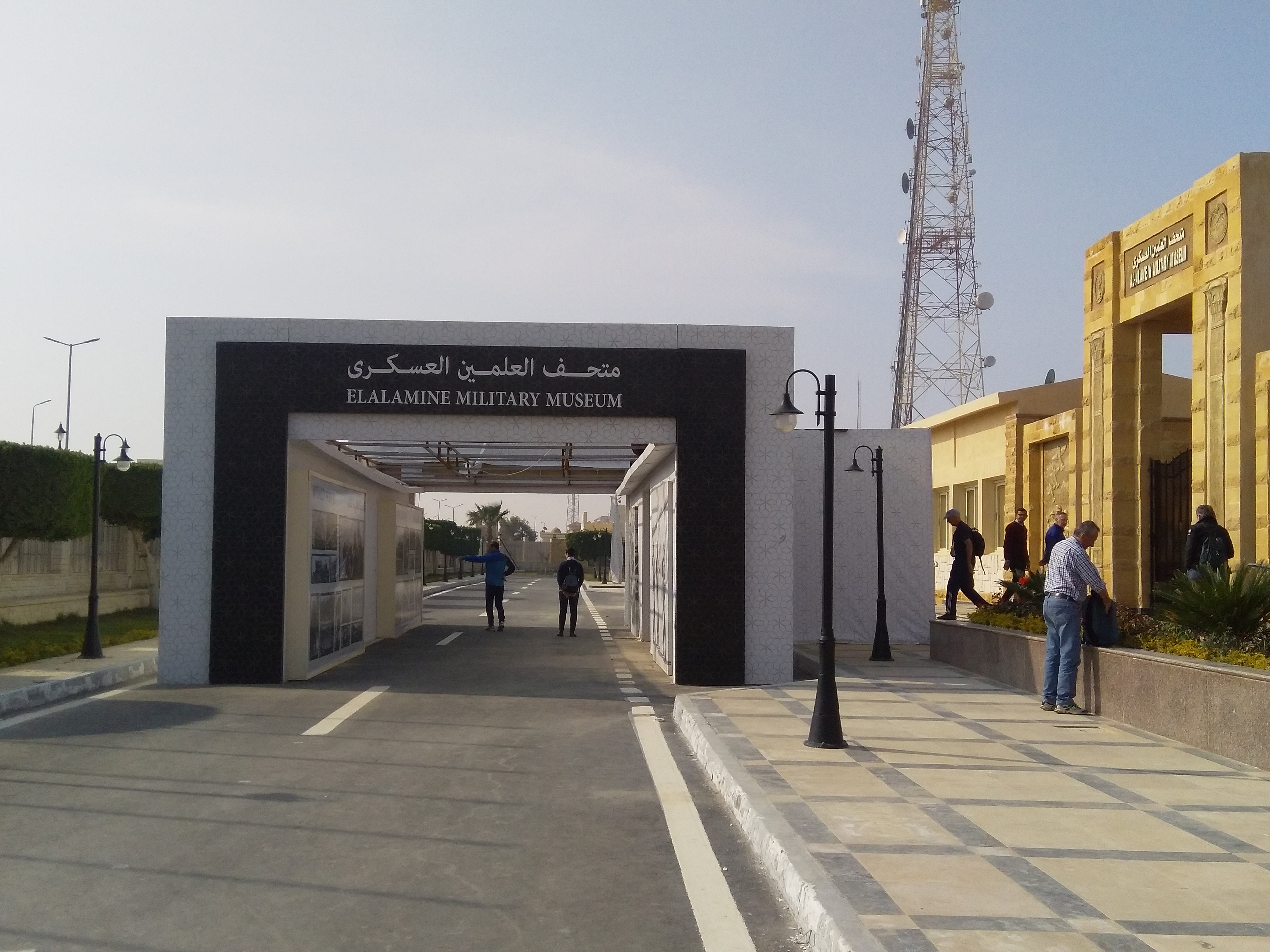 The final competition was the “middle” WRE competition held in Montazah Palace Garden on 4th February, but it was basically a lengthened sprint race because it was held in a park terrain with 1:5000 ISSOM map, also without much climb. However, I made multiple mistakes in the competition, including the classical sprint mistake of not seeing an impassable barrier in the map, and I got ankle pain in the middle of the race, probably because I didn’t tie my shoe lace properly, and had to sit down and adjust my shoes in the race. Therefore, I didn’t get a good result and got only the base 10 WRE points for completing the race.

The prize ceremony was held immediately after the final race, and I got to the stand once for the second place in TempO.

The academy where I stayed was near Abu Qir, a suburb of Alexandria. The only means of transport to the city were commuter train and share taxi (microbus). The train line was Abu Qir – Alexandria, where I couldn’t find anything about it on the web. At the station there were no notices, gates, ticket offices / machines, timetables, etc and the station was unmanned.

I took the train for a round trip to the eastern tram terminal. The train was slow with average speed about 30 km/h and maximum speed about 50 km/h, and the fare was 1.25 L.E (about HK$0.56) without class segregation, and its doors never closed.

Then I took a tram for a few stops and have a pizza, but it was a pity that I couldn’t ride on the double decker tram because that car was women only, but had to ride on the single decker trailers instead. Afterwards I bought a lot of pasta from a local supermarket and took the return train. 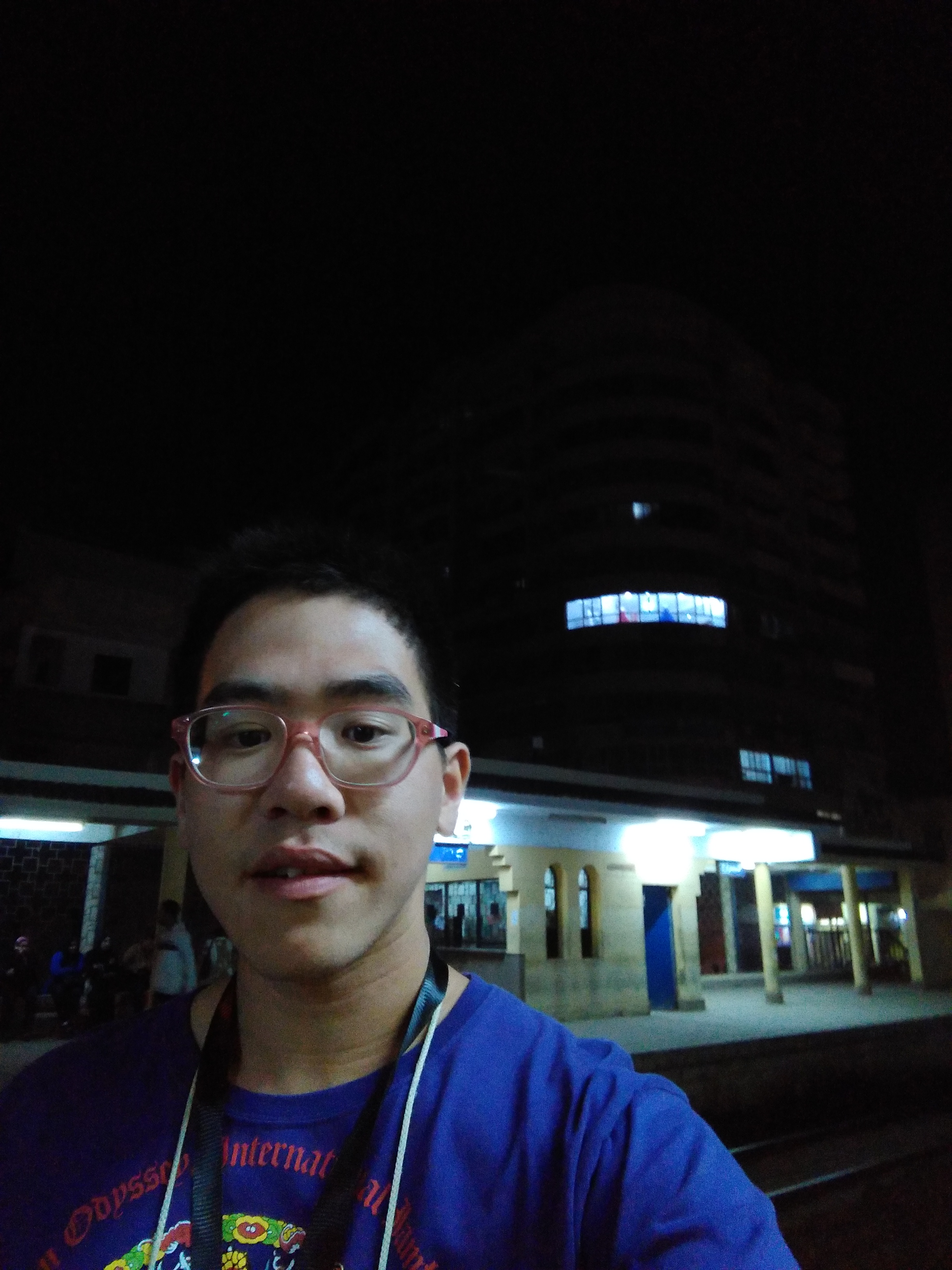 After the competitions, I had one more tourism day before I left Egypt. I visited the pyramids in Giza and also the national museum. However, the organiser was crap. The driver only drove a small private car which could barely fit us, and he didn’t know the fact that he was supposed to pay the entry fees as included in the package and didn’t have enough money. Also, when visiting the pyramid, we fell into a trap where a guide was hard selling attractions all the time. 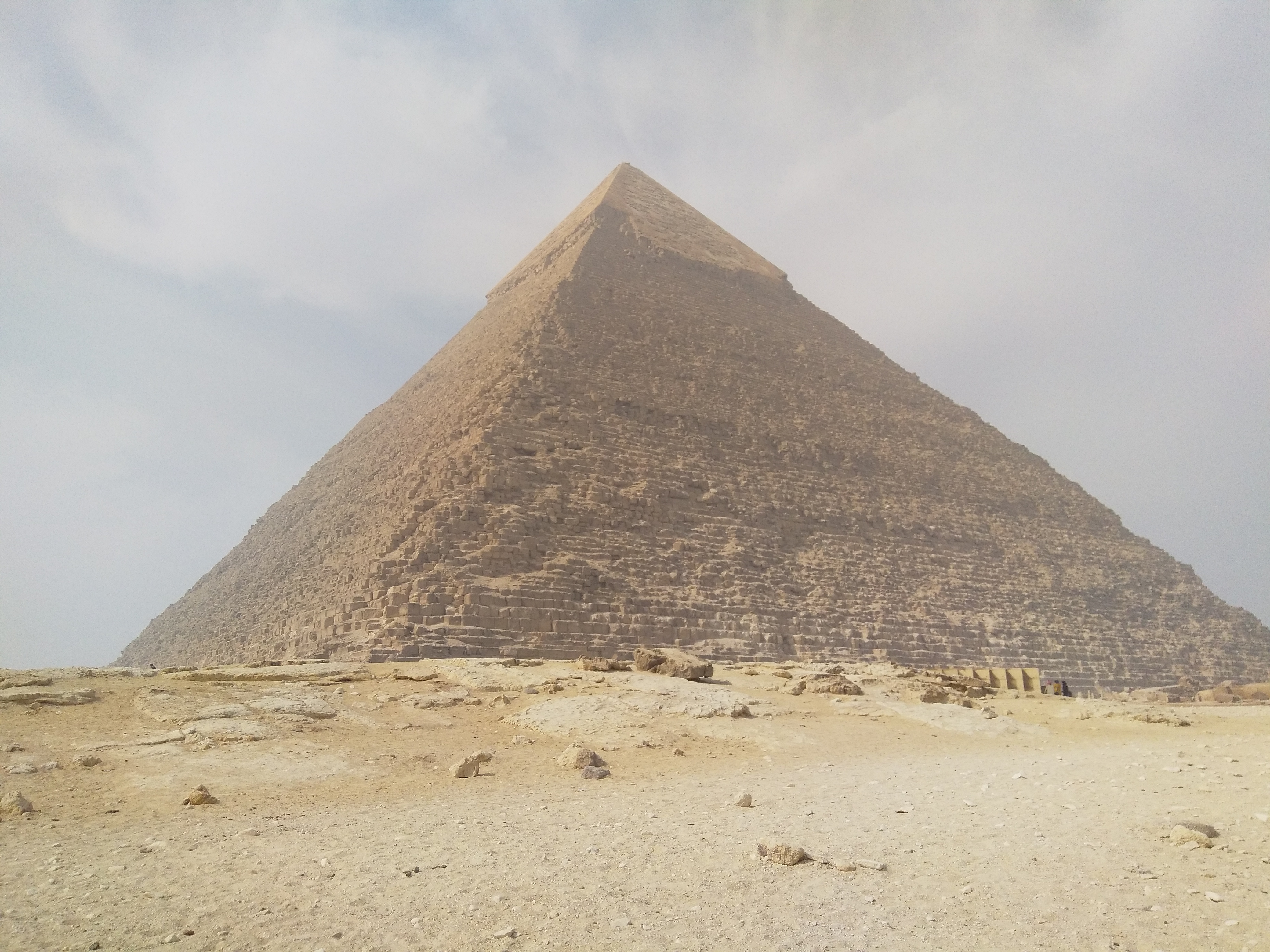 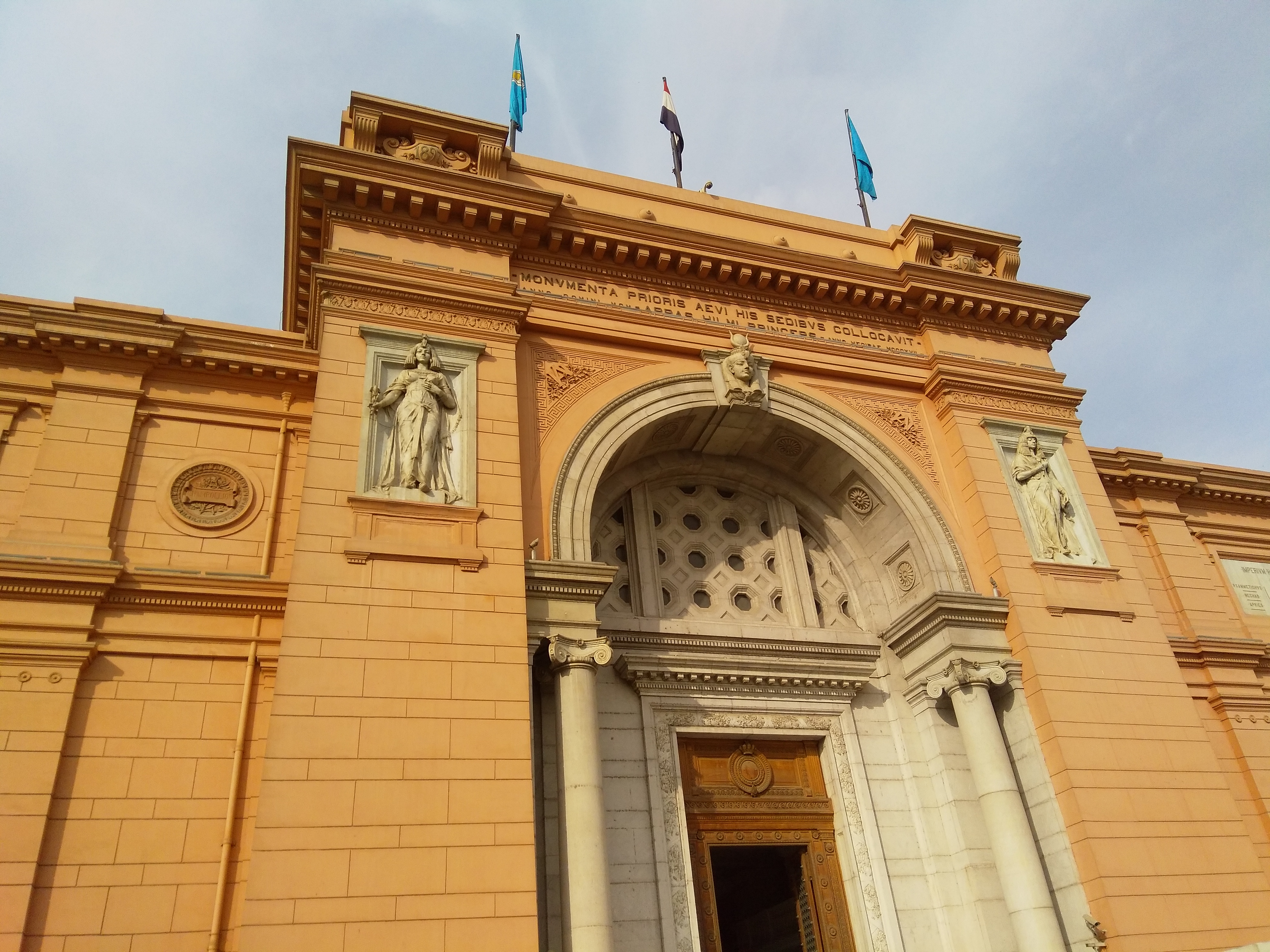 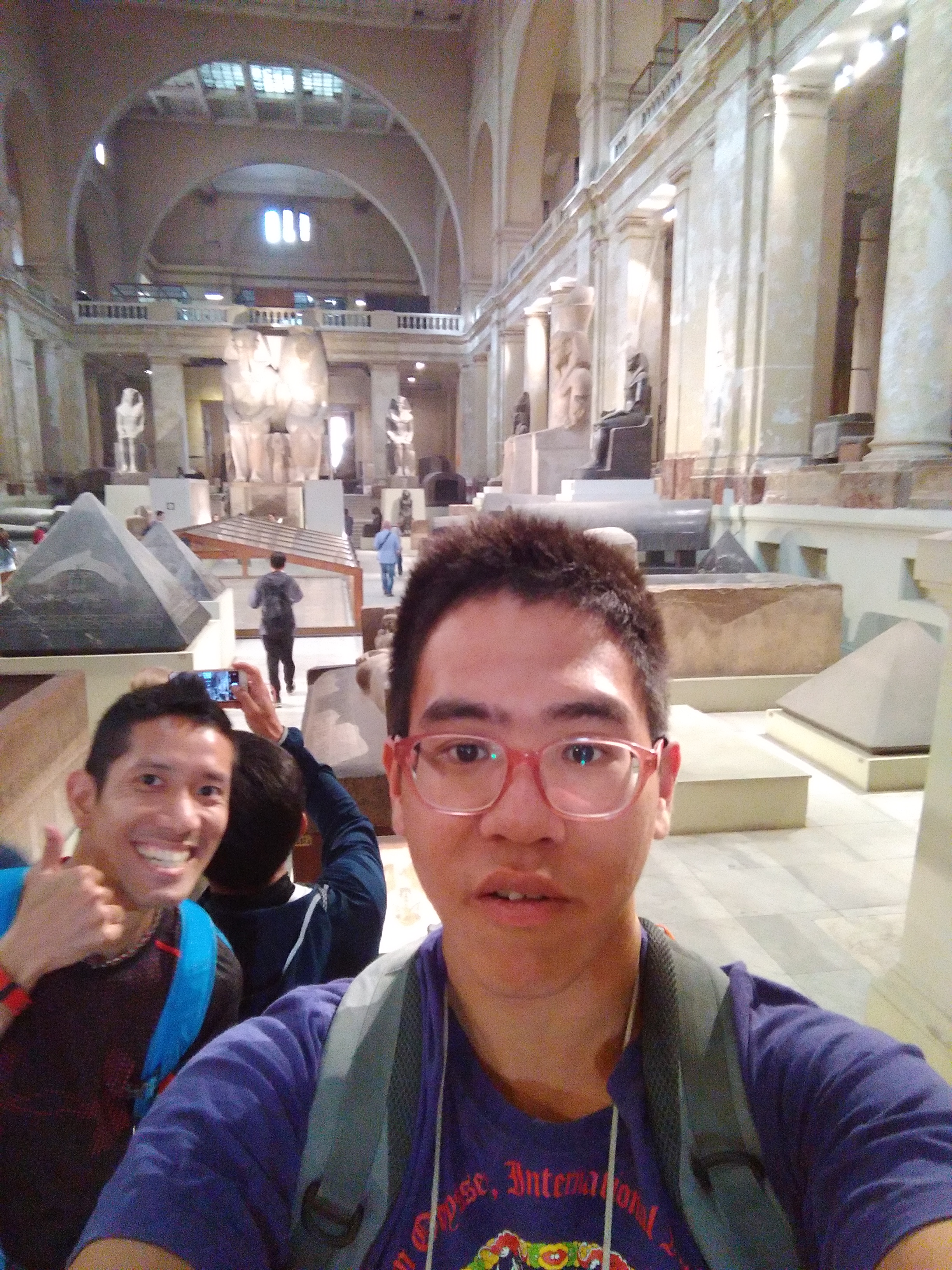 After visiting the museum and the dinner, the driver drove the other Hong Kong athletes back to Cairo airport first, then me to Borg El Arab airport, and finally brought Ralph (a German athlete) back to Alex. However, after dropping the Hong Kong athletes at Cairo Airport, the driver didn’t know how to get back to the motorway to Alex, and initially he didn’t even trust us orienteers for direction, only after hours inside the city he gave up and followed Ralph’s direction. At that time, the problem was that the driver didn’t know the way, Ralph didn’t have enough mobile data and I didn’t have enough batteries.

On 6th February, I left Egypt and flew back to Istanbul and I visited the city for a day using mainly metros and ferries. I visited two museums in the city, crossed the Bosphorus Bridge and got some souvenirs. Istanbul was a very modern huge city and getting around was very convenient using all kinds of rapid transit, which yields a great contrast with Alex.