We did TempO first, then PreO. There were 7 stations with 5 controls each in TempO. I performed well the and got 482 seconds as the final result over 35 controls, and ranked 22nd out of 65 competitors, about one third of the field. I didn’t do so well in the PreO afterwards, there were 20 controls among which 1 was voided, and I got 12 out of 19 and ranked 54th out of 73. In particular, for controls 9 to 12, the specification was A-E but I saw 7 flags when I was standing at the decision point, and there were no tapes on the ground to limit them, so I couldn’t identify which flags were A to E. I thought the situation was the same as in WTOC 2017 when one of the questions were labelled A-B but the were 3 flags on the ground, which was voided immediately. I then answered Z, C, D, E respectively as I saw the flags in the circle were none, the 3rd, the 4th and the 7th in order, and wrote a complaint afterwards hoping those 4 questions would be voided. The official answers were Z, A, B, E and the 2 leftmost flags that I saw weren’t supposed to be seen. However, the questions didn’t get voided and another competitor which was part of the jury explained to me that, if I was standing 1 m behind the decision point, or looking at wheelchair height, these 2 flags wouldn’t be seen. That cost me 2 mistakes, which meant a lot in a PreO competition. 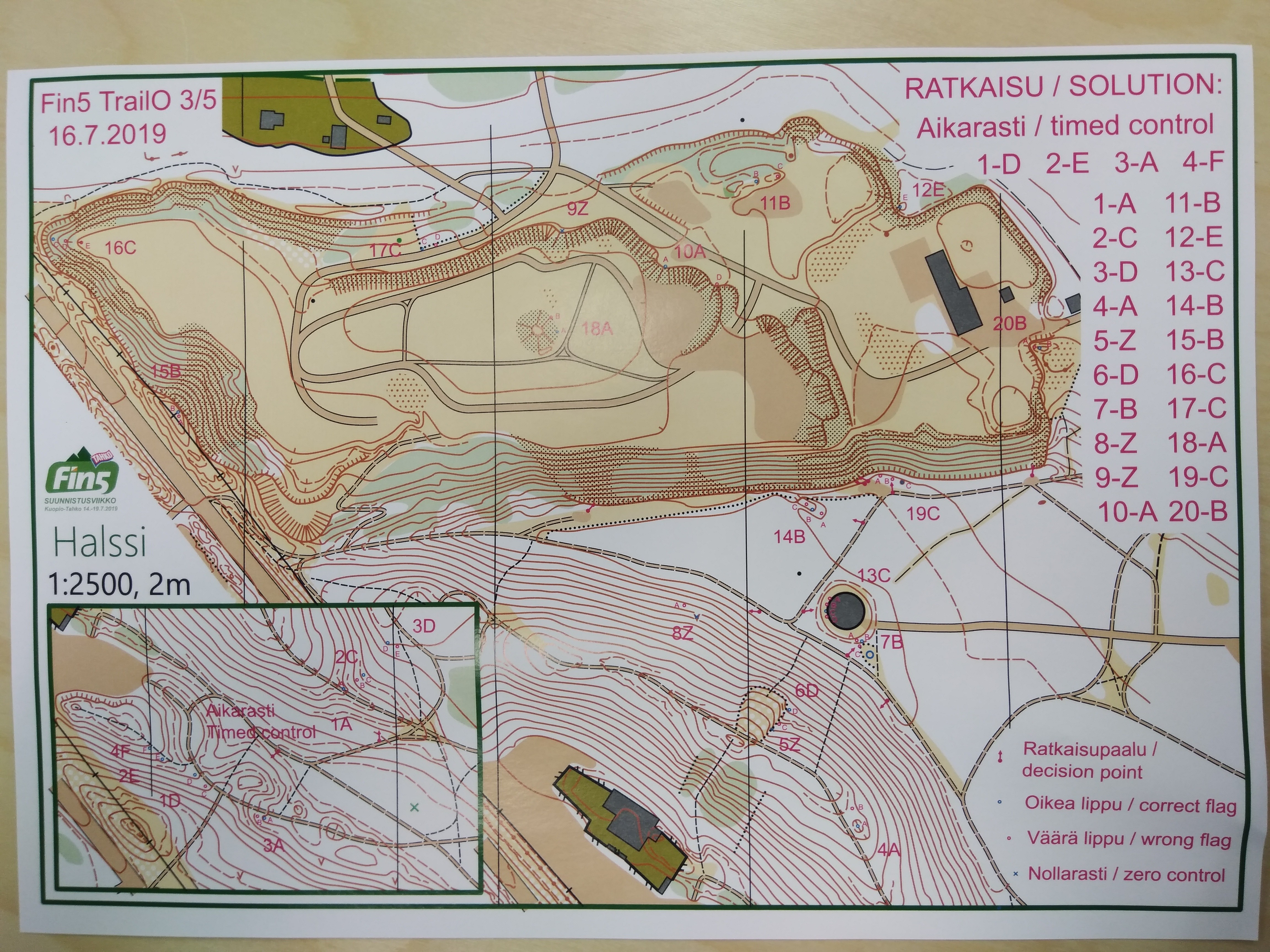 The final world ranking scores for me were 4.01 in TempO, my best result ever since the establishment of the world ranking scheme in 2018, and 7.52 in PreO, my best score in PreO despite bad performance there.

The competition ended early in the afternoon and as no transport was needed to get back to the accommodation, I went back so early at about 15. As there were no buses running in the whole Nilsiä (all the intra-town routes 62 – 68 stopped operating in the summer holiday), I couldn’t go anywhere to explore, and I was not in swimming mood 3 days after doing marathon swimming yet and the lake wasn’t particular interesting (it was warm and murky but I like cold and clear water), I just stayed in the school most of the time, with a very short dip in the lake only. I was freaking out fast in murky water when I tried to sink into the depth.